Back
Valencia – A city of contrasts

Valencia – A city of contrasts

Valencia for campers – tips on sights, attractions and camping options in and around Spain's third largest metropolis 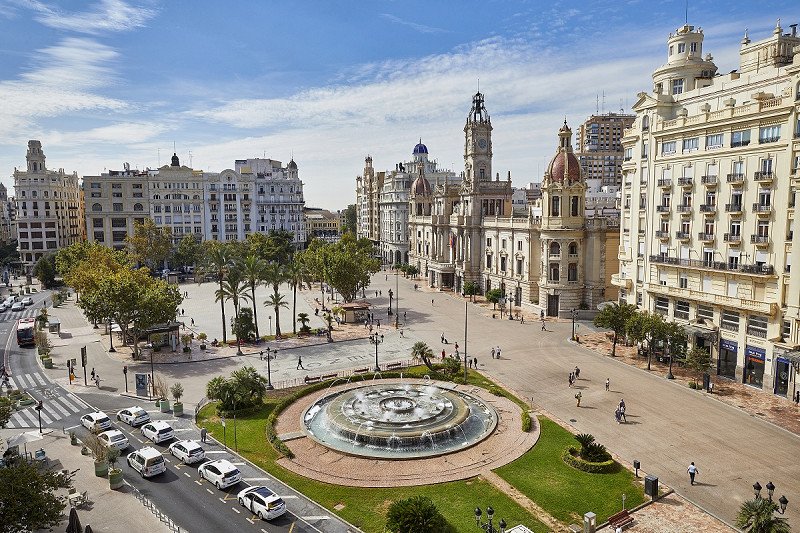 Valencia – A city of contrasts

Valencia for campers – tips on sights, attractions and camping options in and around Spain's third largest metropolis

You can't travel by motorhome, campervan or caravan along Spain's east coast without visiting Spain's third largest city – and we know you'll want to stay there for several days. Framed by large orange groves and the Mediterranean Sea, Valencia's avant-garde architecture and amazing Old Town, which is one of the most beautiful in Europe, are breathtaking and inspiring. Freeontour has put together a selection of highlights and a few camping options near Valencia for your next Spanish adventure. 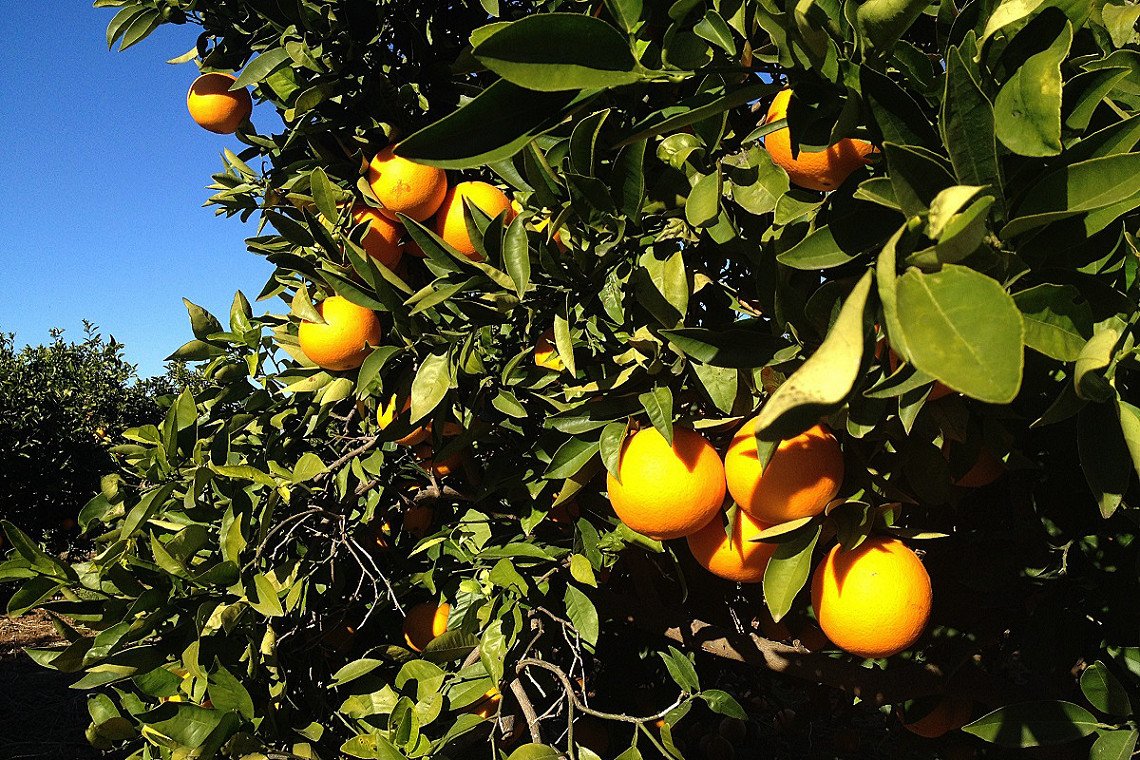 About 70% of Spanish oranges come from the province of Valencia. Photo: Pixabay

When is the best time to travel to Valencia for campers?

The entire Valencia region is perfect for a motorhome trip at any time of the year, also and especially in the early and late seasons. The temperatures even in winter are usually mild, not dropping below 10 °C on average, unless it rains. The sun is a permanent guest here, which is often noticeable in the summer months of July and August when the temperatures can get very high indeed.

If you're not too keen on the heat, then avoid these months, particularly as most tourists come to the city at this time of year. Incidentally, the stable climate is also reflected in the operating dates of the campsites and RV parks, which are generally open all year round in the region. Most campsites are on the coast north and south of Valencia, but there are also RV parks and campsites inland, away from the city. When choosing where to stay, make sure there is good public transport to the city centre. You won't really find anywhere to park or spend the night in your camping vehicle in the inner-city area. 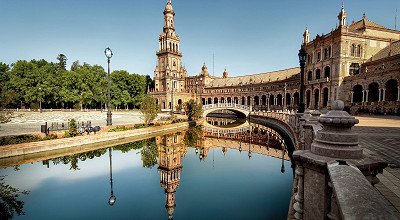 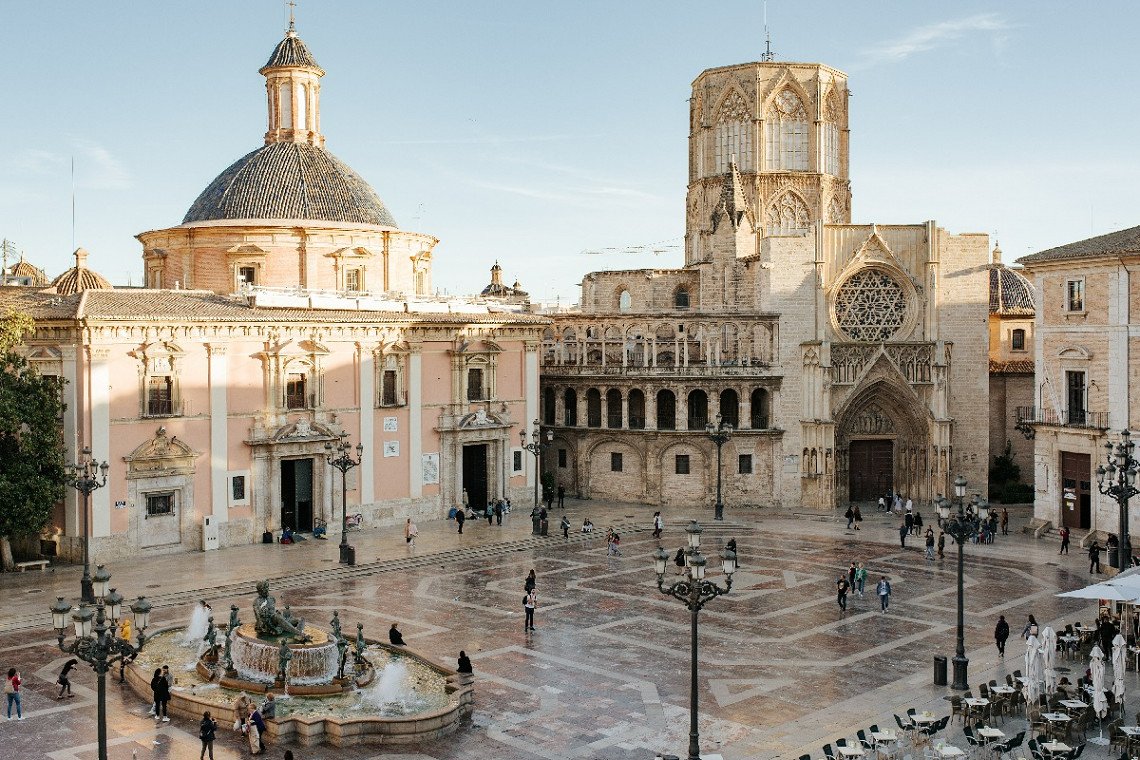 The cathedral (right) and the basilica (left) are connected by an arch. Photo: VisitValencia

Sights and attractions in the Old Town of Valencia

One thing you need to know: the Old Town of Valencia is enormous and there's so much to see here that you could spend days exploring the sights and you'll still discover something new around the corner. So you should definitely plan one day to at least visit the highlights of the Old Town. A good place to start is the Torres de Serranos (Serranos Towers), a remnant of the former 14th-century city walls where travellers entered the city through the gate centuries ago. You then go past the Palace of the Borgias via Plaza San Lorenzo where you will find a church of the same name with a stunning church tower. You'll come across many Baroque and Renaissance buildings on your way to Plaza de la Virgen, where you can relax at a terrace café amid orange trees and marvel at the Cathedral of Valencia and the adjacent Basilica of the Virgin.

In addition to the Holy Chalice, the cathedral also houses one of the most important sculptures of the early Spanish Renaissance, whereas the Cathedral Museum also has paintings by Maella and Goya. And if you climb the Miguelete Tower, you'll be rewarded with a great panoramic view of the Old Town. 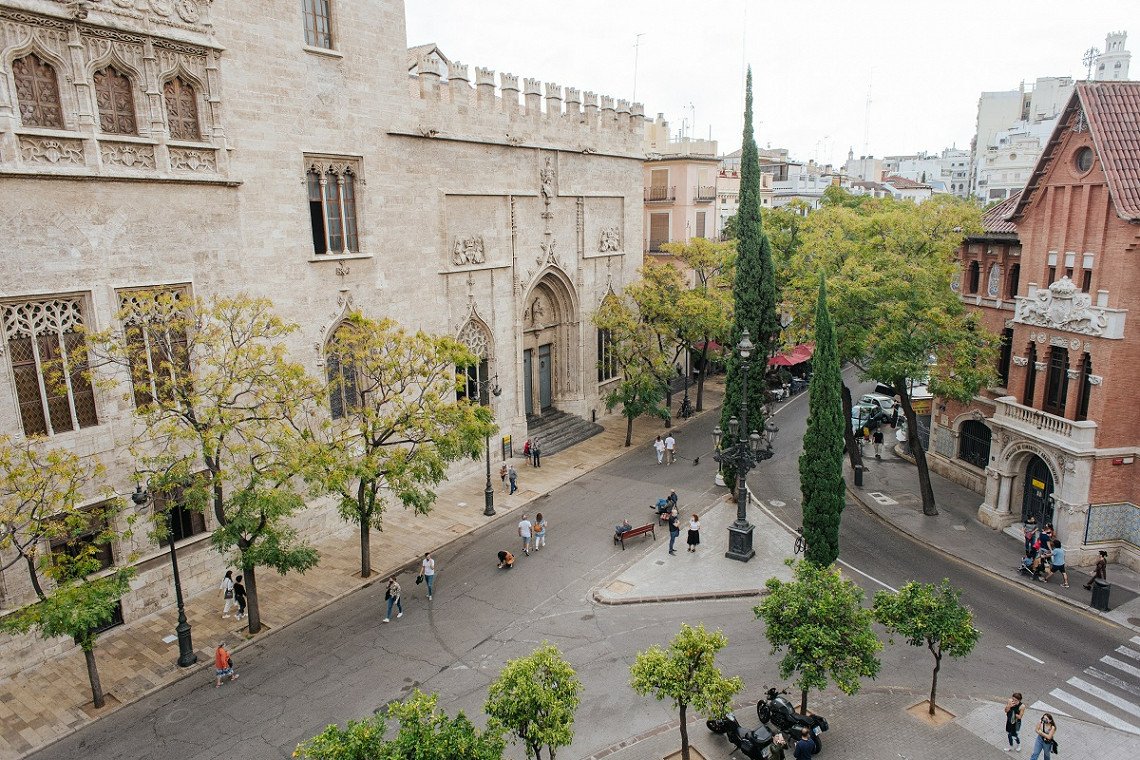 View of the Silk Exchange, a UNESCO World Heritage Site, from the Church of Santos Juanes. Photo: VisitValencia

We continue past the cathedral to the Plaza de la Reina, one of the best-known squares in the city. From there we meander through the alleys of the Old Town to the central indoor market where you can stock up on local delicacies – or at least feast your eyes on the extraordinary architecture. In fact, the modernist building whose structure is made up of iron columns is full of stained glass and tiles with decorative references to the produce found in the gardens of Valencia. Nearby is another Old Town highlight, the former Silk Exchange, which is even a UNESCO World Heritage Site. It calls to mind the period from the 15th to 18th centuries when Valencia flourished thanks to the silk trade with America, Asia and northern Europe. 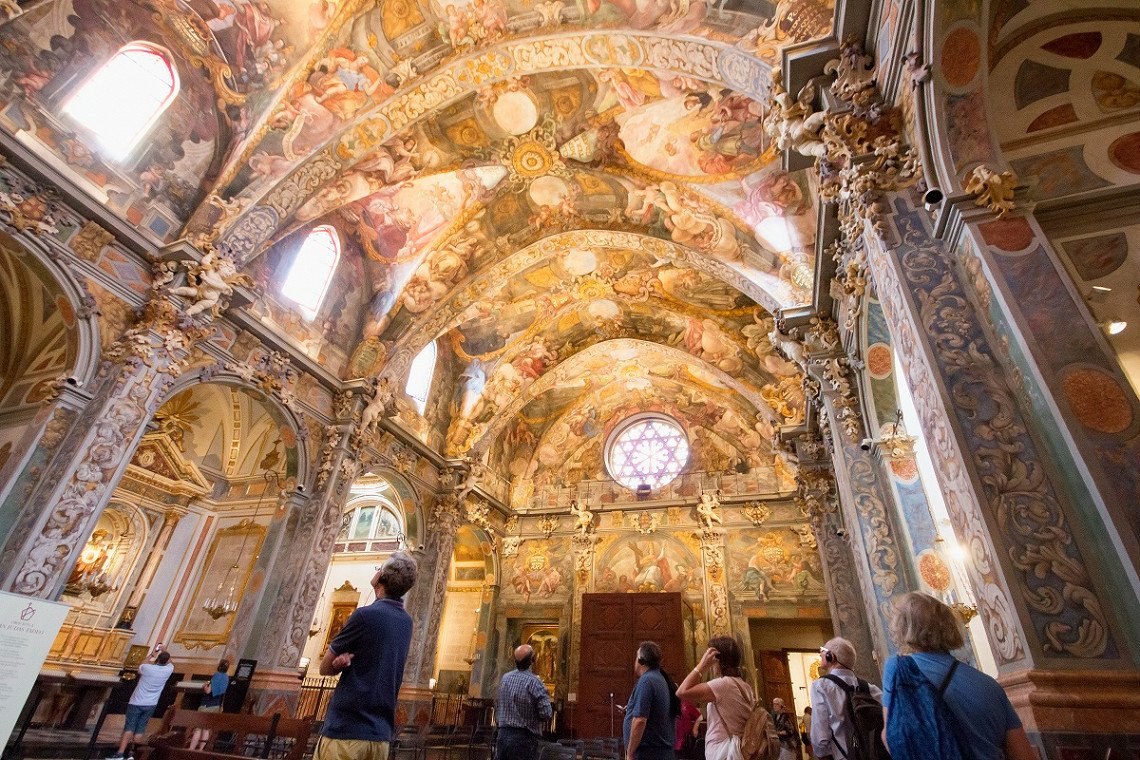 The ceiling frescoes in the Church of San Nicolás were restored to their full splendour in 2016. Photo: VisitValencia

Make sure you visit the Church of San Nicolás de Bari and San Pedro Mártir, which is home to amazing fresco art that has earned it the nickname of the Sistine Chapel of Valencia. The church was built in 1238 and renovated in a Gothic style in the 15th century. In the 17th century, Antonio Palomino designed and Dionís Vidal painted the inside with Baroque patterns and frescoes depicting scenes from the lives of the two patron saints of the church, Saint Nicholas of Myra and Saint Peter of Verona. Our short tour ends at the Torres de Quart (Quart Towers) to the west of the Old Town, but you can obviously continue exploring the city if you wish to. However, why not treat yourself beforehand to a quick break in one of the many street cafés or a tapas bar and soak up the lively atmosphere of the city? And seeing as you're in the hometown of paella, this is the perfect opportunity to try out the different versions of this traditional dish before heading back to your motorhome or caravan in the evening. 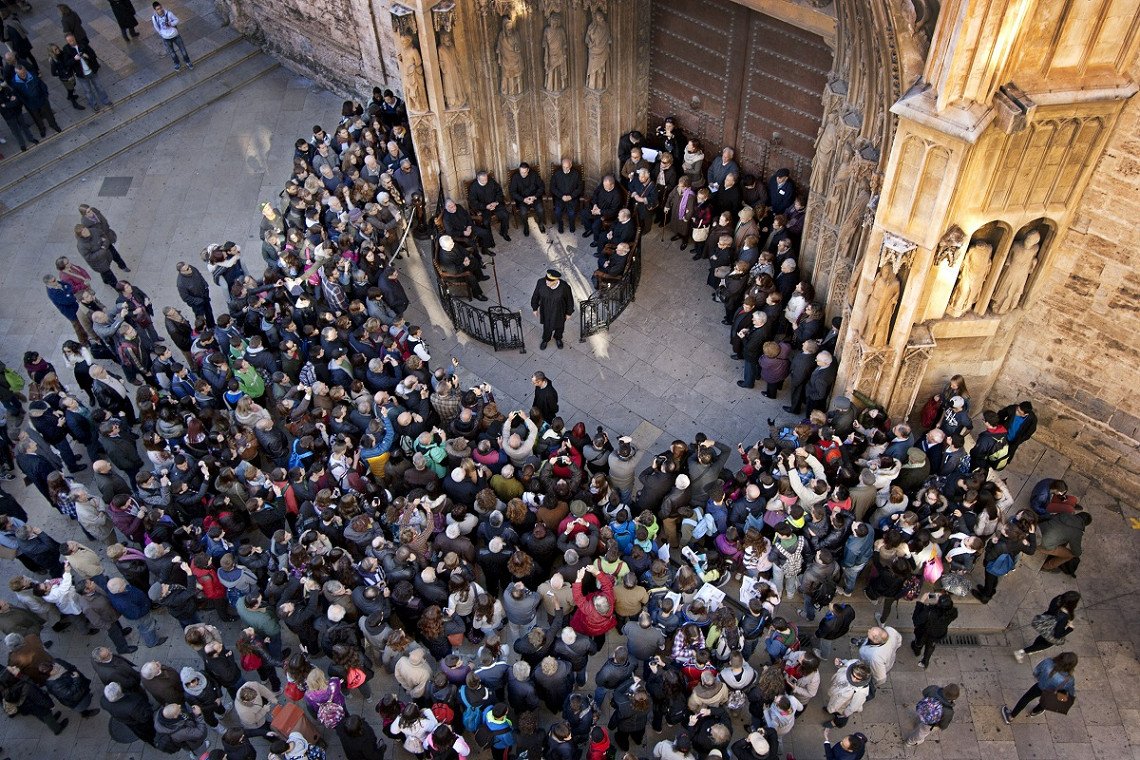 In addition to the Silk Exchange, Valencia also has two elements on the List of Intangible Cultural Heritage. The first one is the Tribunal de las Aguas de la Vega de València (Water Court), which has sat at 12 noon every Thursday in front of the Portal of the Apostles at Valencia Cathedral for centuries.

It is a staged tribunal that mediates water disputes between landowners regarding irrigation water. This type of jurisdiction dates from the times of Moorish rule in southern Spain. 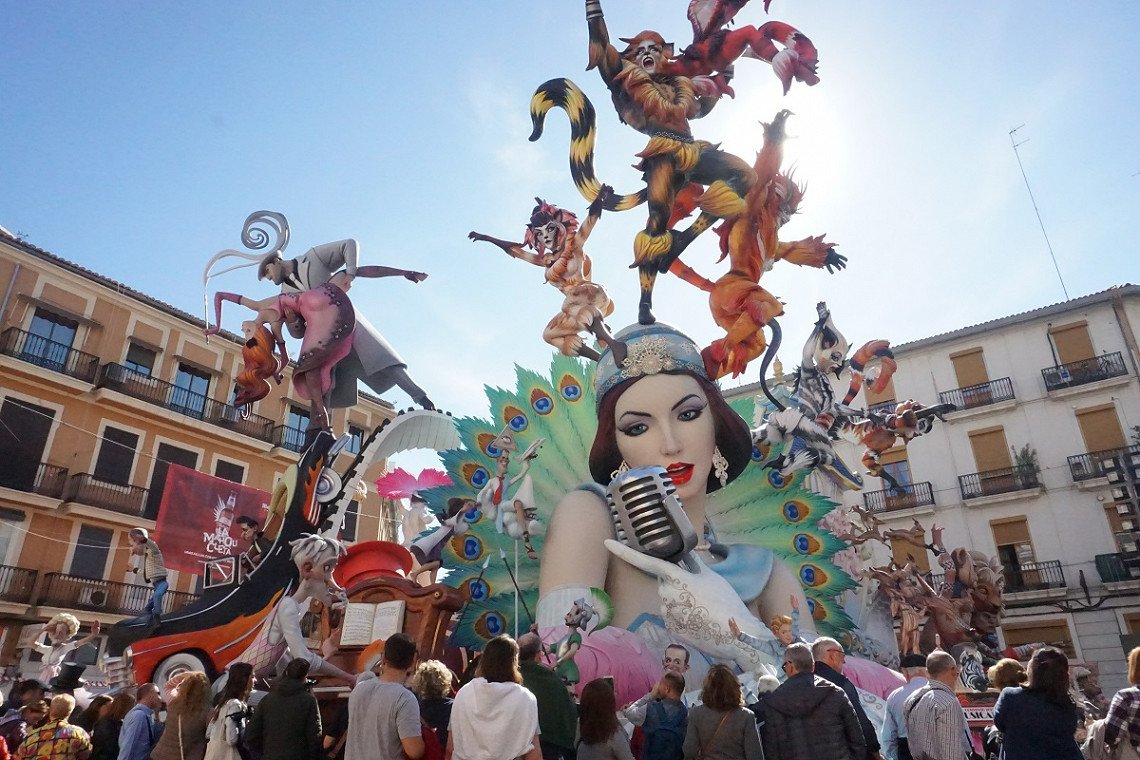 The Fallas figures look different every year – here some examples from 2019. Photo: VisitValencia

The second Intangible Cultural Heritage treasure is the Fallas festival, which takes place every year from 15th to 19th March. It is a celebration of creativity that brings together the performing arts, music, the silk industry, leisure, gastronomy and hedonism. During the Fallas days, more than 700 figures and sculptures are set up in the city, destined to be burnt on 19th March, the feast day of the patron saint of Saint Joseph. Only the doll chosen as the most beautiful is spared, and is then taken to the Fallas Museum. The largest figures, which often have a satirical or socio-critical theme, can be up to 30 metres high. The city also hosts parades, fireworks, concerts, festive evenings and many other events during Fallas. 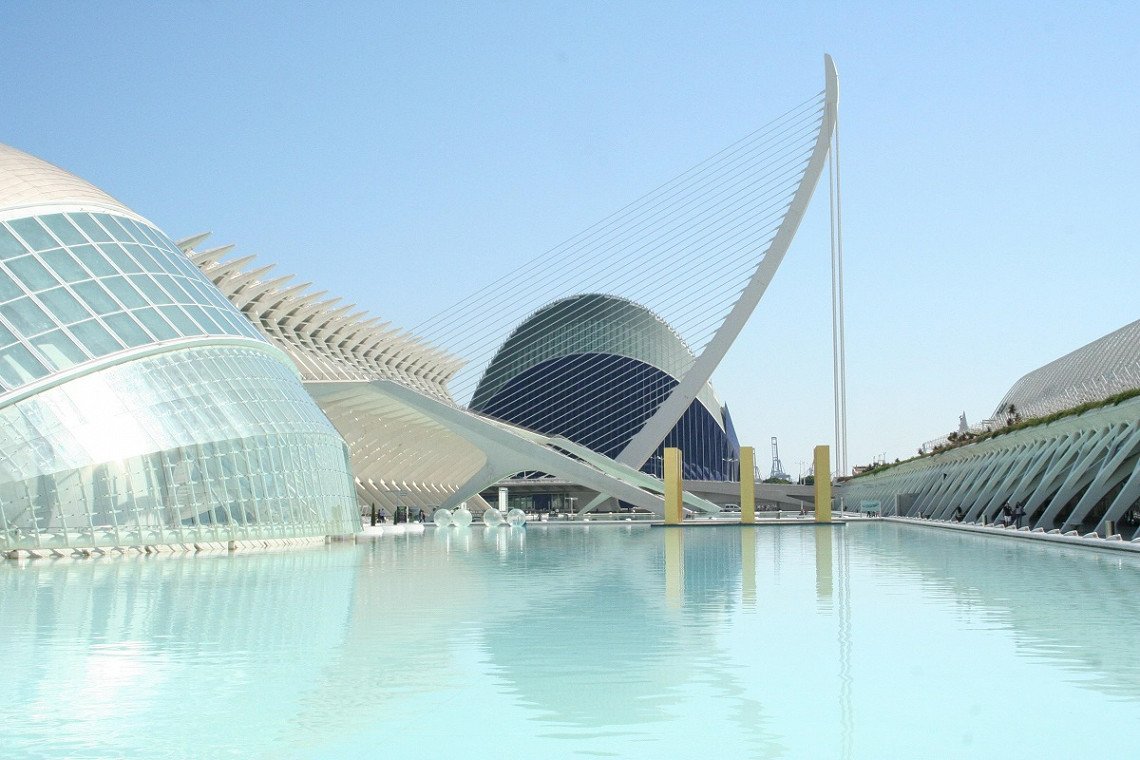 The City of Arts and Sciences is a mammoth architectural project from the 1990s. Photo: Pixabay

Modern architecture in the City of Arts and Sciences

Besides the Old Town, you should also head to the Ciutat de les Arts i les Ciències (City of Arts and Sciences) when visiting Valencia. The architectural contrast to the Old Town could hardly be greater. The – occasionally controversial – star architect Santiago Calatrava along with Félix Candela designed several buildings in his native town, which have become symbols of Valencia. The City of Arts and Sciences is a scientific and cultural leisure complex built on roughly two kilometres of the former Turia riverbed. The white structures are surrounded by shimmering blue pools. Attracting travellers from all over the world, the L'Hemisfèric cinema dome, the whale skeleton-like science museum and the L'Oceanogràfic aquarium with 42 million litres of water in arctic and tropical tanks all ensure that the City of Arts and Sciences is one of the most visited attractions in Spain. Many come just to admire the architecture, while others take advantage of what's inside the futuristic buildings. 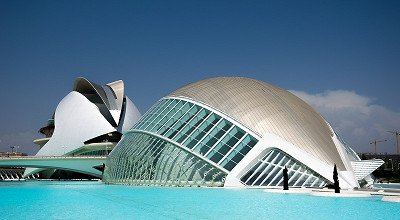 The Hemisfèric is a 3D digital cinema with a huge concave screen showing several short films every day. Photo: Pixabay 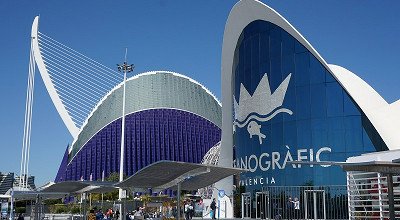 The Science Museum has a host of interactive exhibitions related to natural science and technology. Photo: Pixabay

More things to see and do in Valencia

And the city has so much more to offer. For instance, the huge Turia Park, a former riverbed in the city centre stretching like a green ribbon through the ochre sea of houses for seven kilometres. Or the harbour and city beach, which you can reach in just a few minutes by taking a tram from the city centre. The kilometre-long avenue of palm trees on the wide beach is a great place to go for a stroll, even in the cooler months, with hawkers and small cafés, and you'll see the first swimmers returning to the water in March. 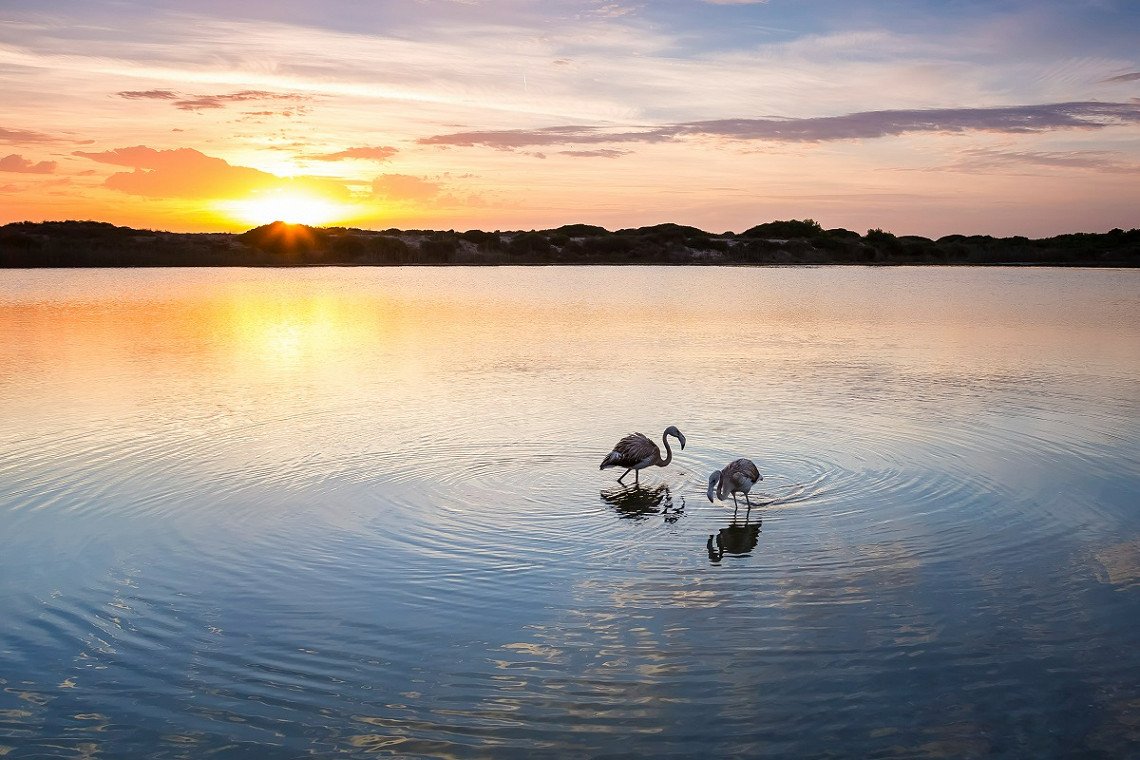 Many aquatic birds, such as flamingos, spend winter at the large Albufera freshwater lake. Photo: VisitValencia

In addition to the city beach, Valencia boasts roughly 20 kilometres of beaches. The beaches at Cabanyal, Malvarrosa and neighbouring Patacona are relatively close to town and within walking distance, especially if you're using a campsite or RV park south of the town as your base. However, it's better to cycle to the beaches at El Saler, La Devesa and La Garrofera. Also south of the city is La Albufera Natural Park where you can go on an exciting bike tour and experience fantastic sunsets surrounded by rice fields and a Mediterranean forest. Or go on a boat tour if you want to observe the local bird life at close range.

You can find more information on what to see and do in Valencia at Visit Valencia. 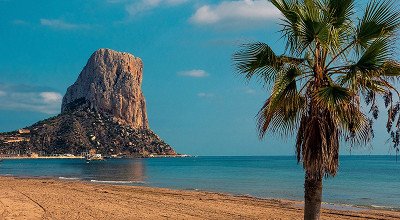 Camping in Spain: A road trip along the Mediterranean coast

Tips for trips in the province of Valencia

The city of Valencia is obviously the undisputed highlight of the province of the same name. But you shouldn't disregard the surrounding area. Freeontour has picked a few places worth visiting: