Back
Top 5 highlights of Sicily 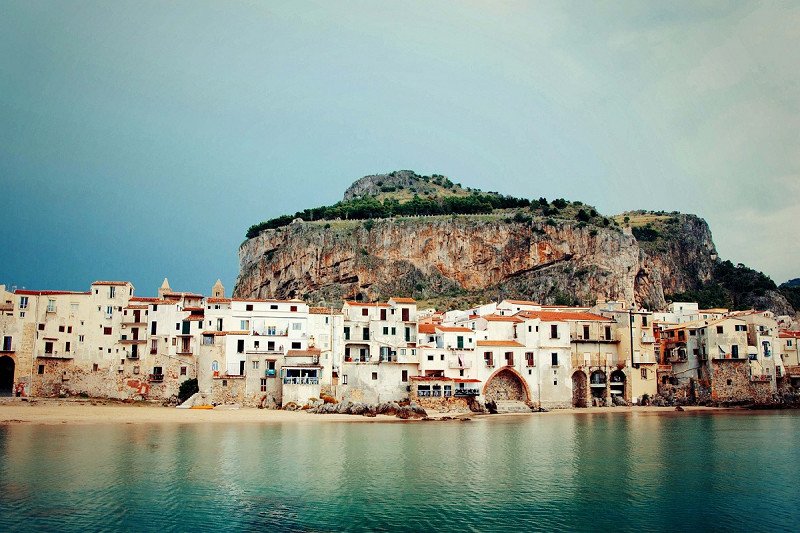 "The voyage through Sicily is now happily completed and will for me be an indestructible treasure for my whole life," Goethe once stated to Grand Duke Karl August in the 18th century. And the great poet and thinker was known to appreciate beautiful things. Everything he painstakingly explored on foot then, you can now explore comfortably by car or motorhome on a camping holiday. But what makes the largest island in the Mediterranean so unique? Freeontour has put together the top 5 highlights for you to discover, including helpful tips on campsites and pitches near the sights and attractions. 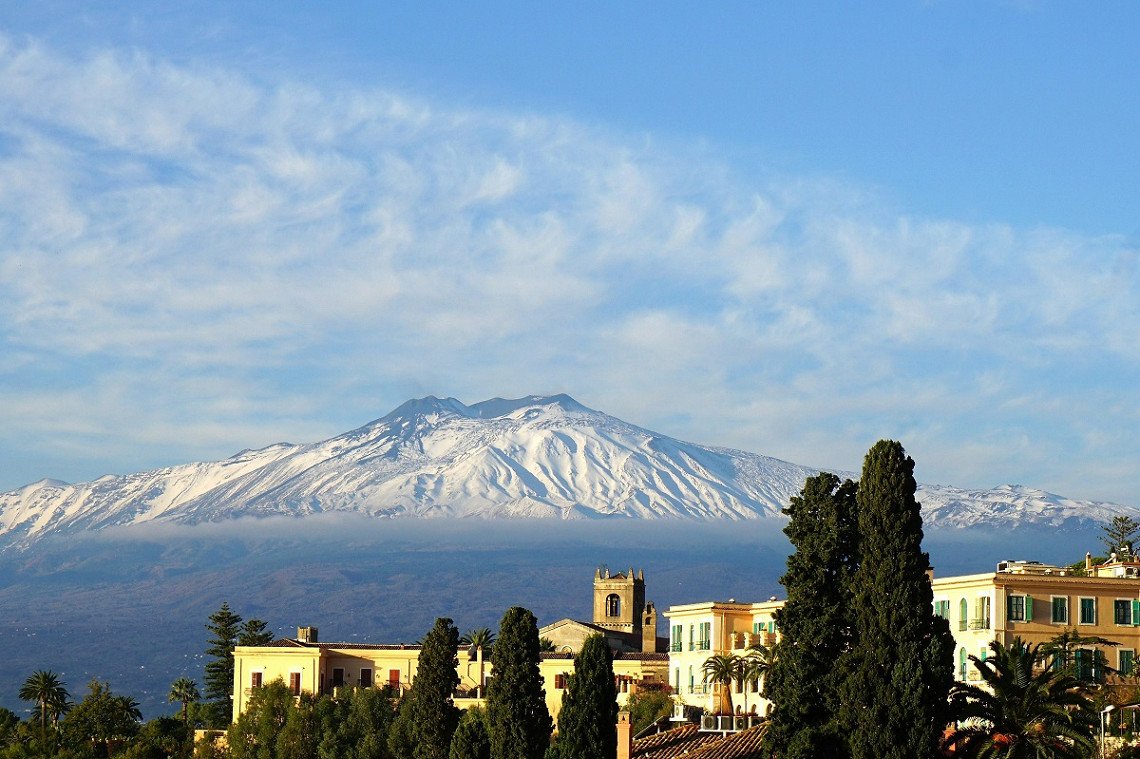 Etna is the highlight of the Parco dell'Etna nature park. Photo: Pixabay

The fertile heartland provides a multifaceted contrast to the picturesque bays on Sicily's coast. With roughly 100 protected areas, you will be surprised at how green Sicily really is when you visit any of its numerous nature parks. Incidentally, the island is the remains of a land bridge that once connected Europe and Africa. The most famous natural wonder is Etna, an active volcano that is also the highest peak in Sicily. Freeontour has selected three nature parks that are a must on any nature lover's camping holiday or motorhome trip: Parco dell'Etna, Parco dei Nebrodi and Parco delle Madonie. As they are so beautiful, Freeontour will dedicate a separate article to them which is to come within this summer. Watch out for it on Freeontour! 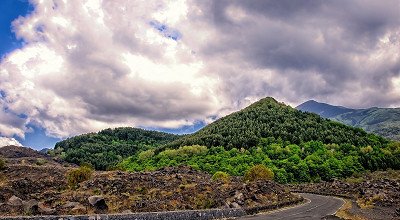 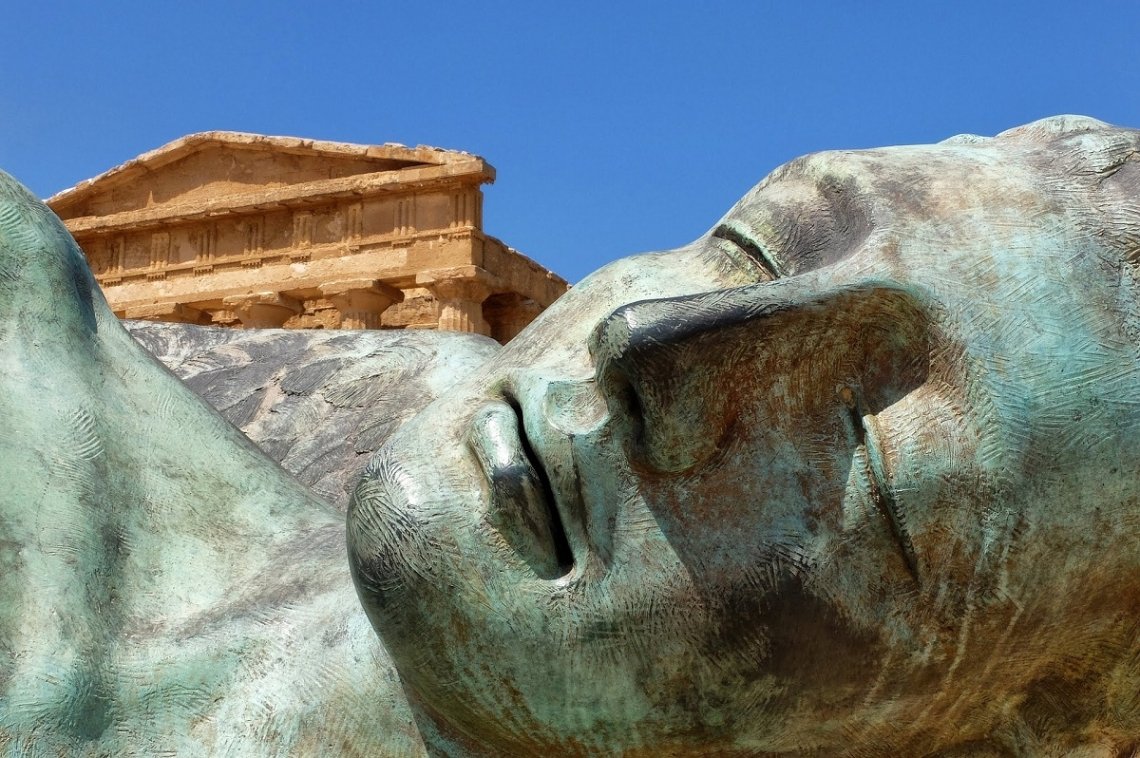 The Valley of the Temples in Sicily is a World Heritage Site. Photo: Pixabay

The Greeks and Romans left a wealth of cultural heritage in Sicily that we can see and visit today. Some of the most important ancient relics include the Valley of the Temples and the Teatro Greco in Taormina. The Valley of the Temples is one of the best preserved ancient cities in Europe as well as a World Heritage Site. It is not far from the city of Agrigento, on the southwest coast of the island, and reveals the more than 1000-year-old history of the city of Akragas, which once existed on the hill here. It used to be one of the largest ancient cities in the Mediterranean region. The temple complexes still bear witness to the power and wealth of that ancient high culture. The most impressive one is undoubtedly the Temple of Concordia, which is surprisingly well preserved, with its ornate columns making it a symbol of antiquity. Other well-preserved sculptures and remains of the city of Akragas await visitors at the Archaeological Museum of Agrigento.

A Freeontour tip: Camping Valle dei Templi is very close to the Valley of the Temples (about 1 km). There is also a bus stop here, so you can easily take the bus straight from the campsite to the ancient attraction. 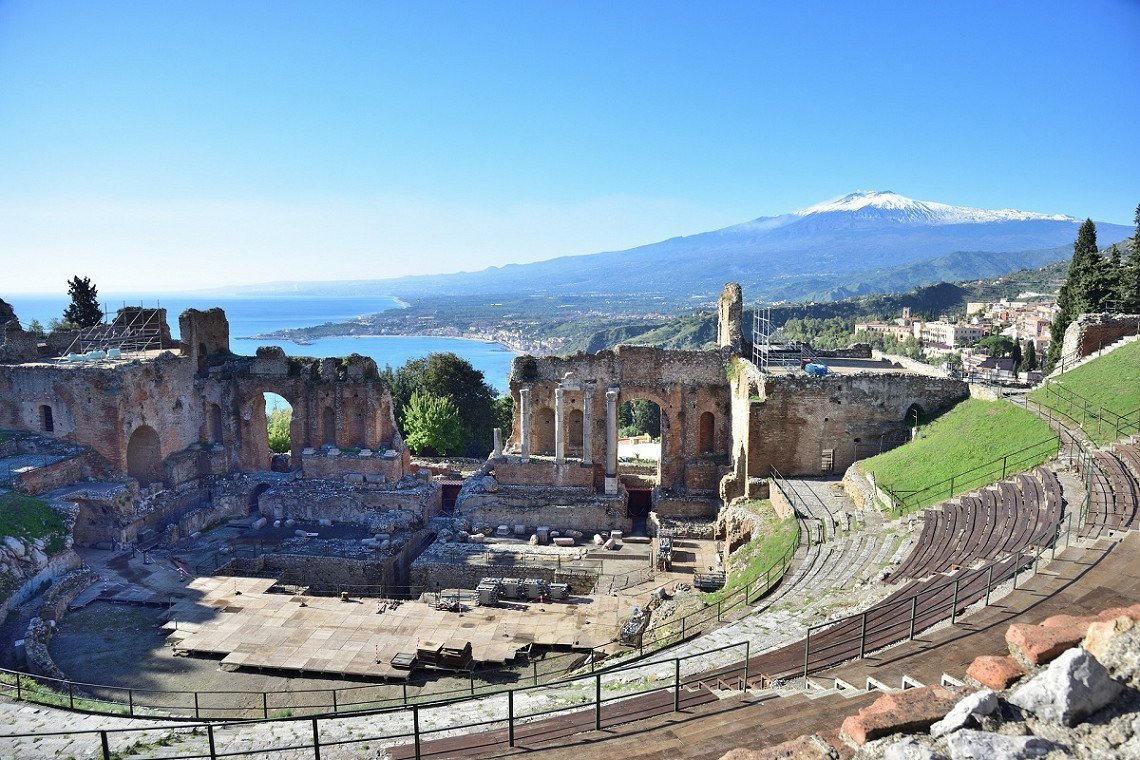 Events are held regularly at the Teatro Greco in summer. Photo: Pixabay
You will never forget your visit to the Teatro Greco, an ancient theatre that is regarded as the symbol of the city of Taormina and simply spectacular. It is believed that the magnificent amphitheatre originally dates from the time of Greek rule and was made larger later by the Romans who used the theatre as a stage for bloody gladiator fights in Sicily. The Teatro Greco has a varied cultural programme in July and August. You can visit theatrical performances, concerts and the cinema under a starry sky. You might even spot a shooting star darting across the sky while Taormina's street lamps shine at the foot of the theatre.

A Freeontour tip: Campeggio Almoetia is near the Teatro Greco. You can also rent bicycles and book tourist tours at the campsite. If you want to visit Taormina by car or motorhome, you can choose between four public car parks and then take a shuttle bus to the historic centre. As the car parks near the city centre tend to get quite full, you could also park your motorhome at one of the guarded private beach car parks on the coast and then take the bus to the city centre. 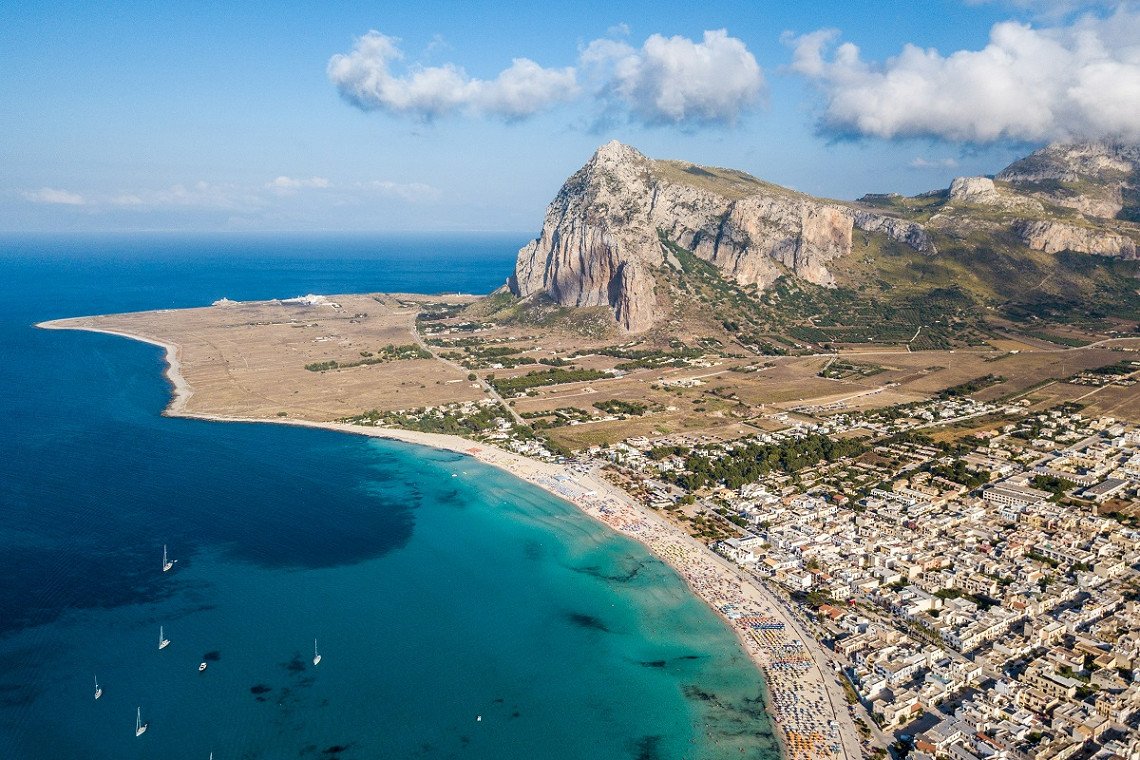 The beaches in Sicily are a favourite with the locals as well as tourists on a package holiday or camping trip. Your motorhome gives you the freedom to discover the most beautiful beaches for yourself. You can usually park for a small fee at designated, monitored car parks near the bays. There are countless bays in Sicily and every single one has its own charm. That being said, Freeontour has selected three beaches that are definitely worth visiting:

San Vito lo Capo: the spacious, picturesque San Vito lo Capo beach stretches in front of the coastal town of the same name in northwestern Sicily. The first thing that will catch your eye is the massive silhouette of Monte Monaco, rising above the coast. In 2011, the travel portal TripAdvisor voted San Vito lo Capo the most beautiful beach in Italy. The long, sandy beach with its palm trees is reminiscent of the South Seas and ideal for long walks. A day at the beach, with a stopover at one of the authentic beach restaurants, can easily be combined with a stroll through the traditional town with its historic castle.

The Oliveri-Tindari Lagoon: the name alone sounds like paradise and this beach keeps what it promises: a promontory covered with fine sand winding its way through the turquoise blue sea in front of the historic town of Tindari in the province of Messina. Several freshwater lagoons in the middle of this nature reserve will help you cool down in the hot sun. Or would you prefer to go swimming in salt water? No problem, simply jump into the adjacent sea! 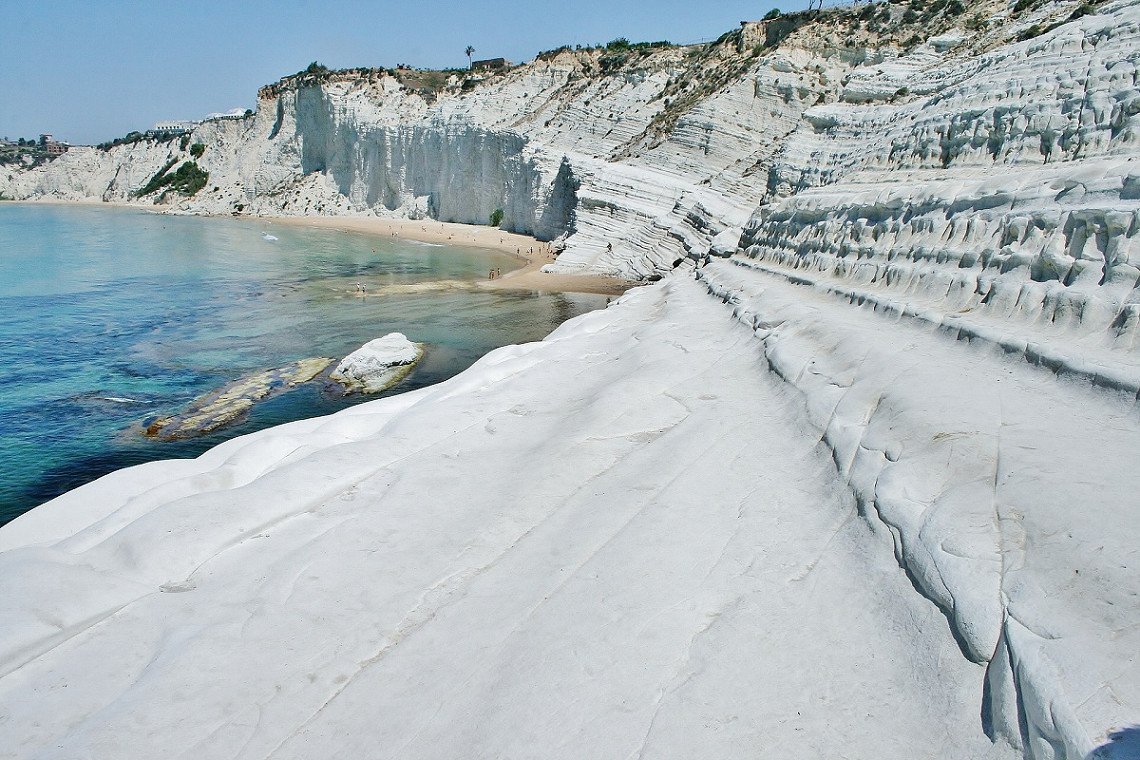 Lido di Noto: not far from the baroque beauty and World Heritage city of Noto in southeastern Sicily lies the Lido di Noto beach. This pristine bay in a nature reserve is surrounded by green rocks and crystal clear water. You can combine a day at the beach with a short walk along the rocky landscape, where the scent of rosemary, thyme and juniper fills the air. Our tip: if you want to see a snow-white natural spectacle, go to the limestone bay of Scala dei Turchi, where the white rock formations form a mystical contrast to the turquoise sea water. 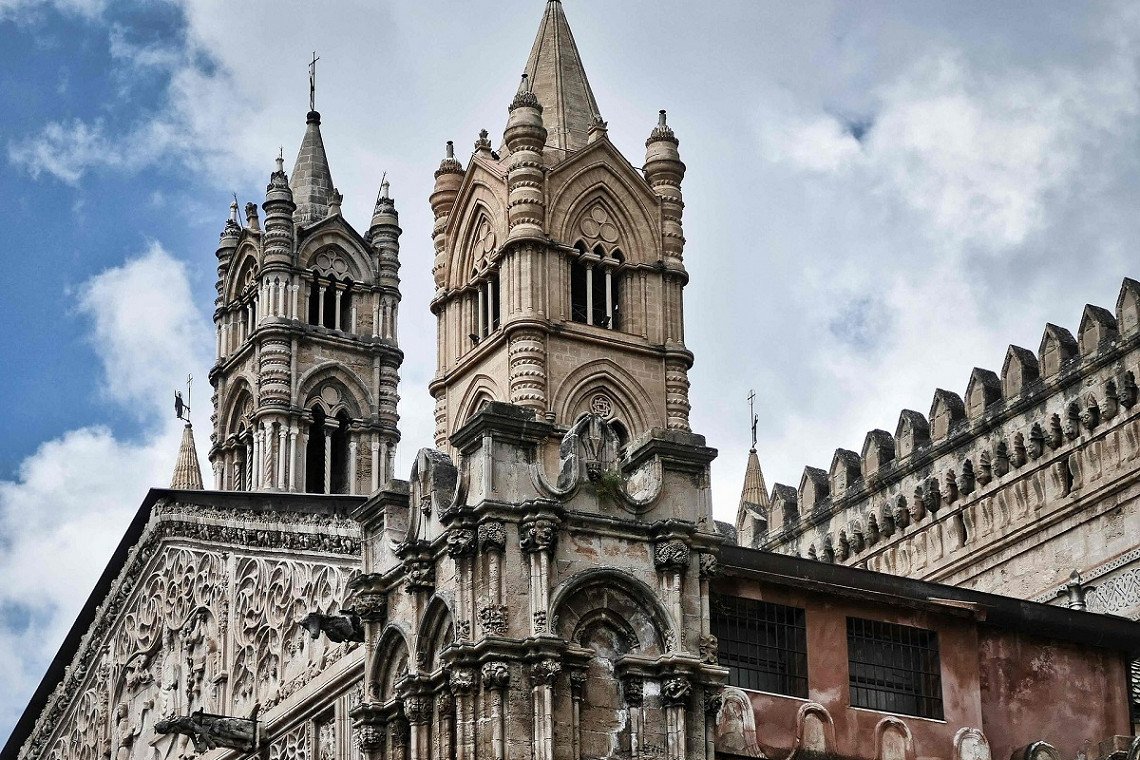 The Cattedrale di Palermo has many small and fascinating details. Photo: Pixabay

Sicily highlight #4: Palermo, the capital of the island

A motorhome trip to Sicily would not be complete without visiting the bustling Sicilian capital, Palermo. The city has about 700,000 inhabitants and is brimming with sights and attractions. Culture enthusiasts will have plenty to see and do whereas nature lovers will be able to enjoy some peace and relaxation in any of the many beautifully planted city parks and nearby mountains. Must-see attractions in Palermo:

Cattedrale di Palermo: Palermo Cathedral is one of the city's most important landmarks. Influenced by the Byzantines, Arabs and Normans, a wide variety of architectural styles have come together here. Various places of worship have stood on the site where the cathedral now stands since the 6th century. Today, the cathedral with its many round domes is bursting with details and splendour. Even if you are not interested in churches, the Cattedrale di Palermo will fill you with wonder. 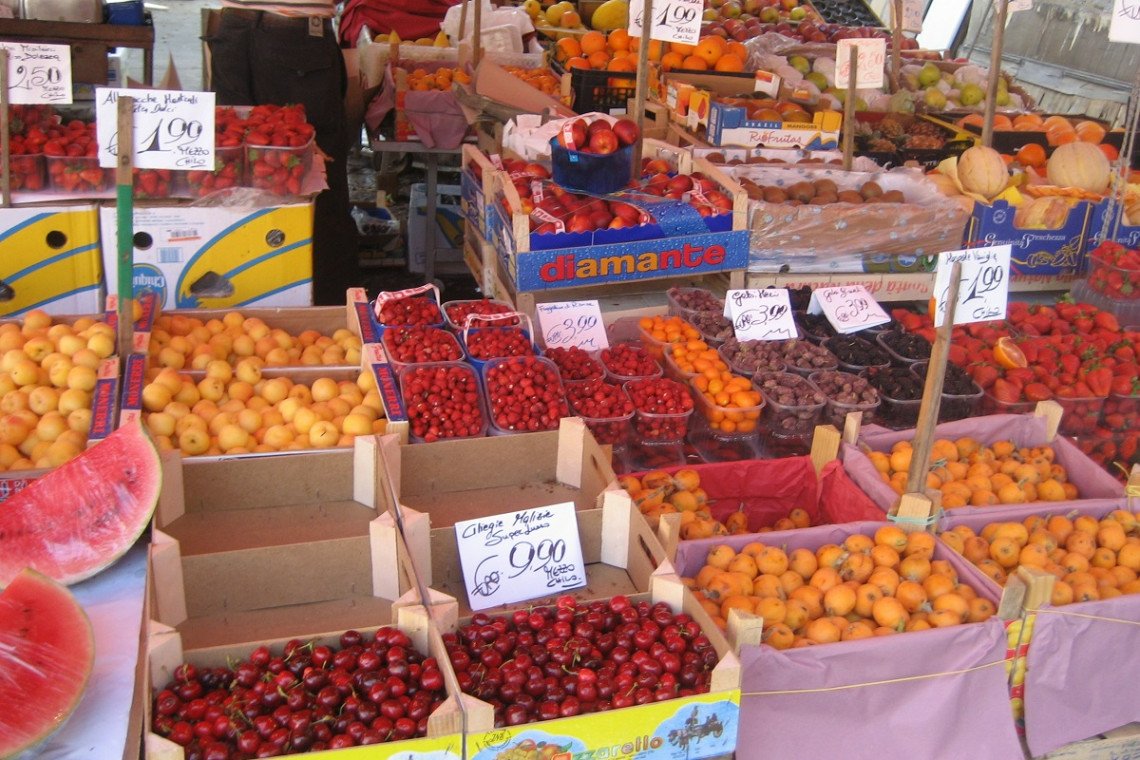 You will find many fresh ingredients at the markets in Palermo, which you can then use to cook something amazing in your campervan kitchen. Photo: Pixabay
La Vucciria Market: your mouth won't be able to stop watering at the bustling Vucciria Market on the Piazza San Domenico. It has everything your taste buds will ever need, from fresh fruit and vegetables to meat and fish specialties through to Sicilian sweets. Many stalls also offer food to try. How about fresh artichokes or cactus fruit? Delicious!

Teatro Massimo Opera House: Palermo is also a city of music, especially opera. The palatial Teatro Massimo is a very impressive opera house. Built between 1875 and 1897, today it also stands as a symbol for the fight against the mafia as it was closed for 20 years in 1974 due to corrupt mafioso building policies. Its political and cultural resurrection finally came in 1997, and glamorous opera performances have been taking place here again ever since. The pompous building was also used as a location in the film "The Godfather - Part III". Even if you have no intention of going to the opera, you should still visit the opera house because it's simply spectacular.

A Freeontour tip: the Camping degli Ulivi campsite is not far from the city centre and has good bus and metro connections into town. 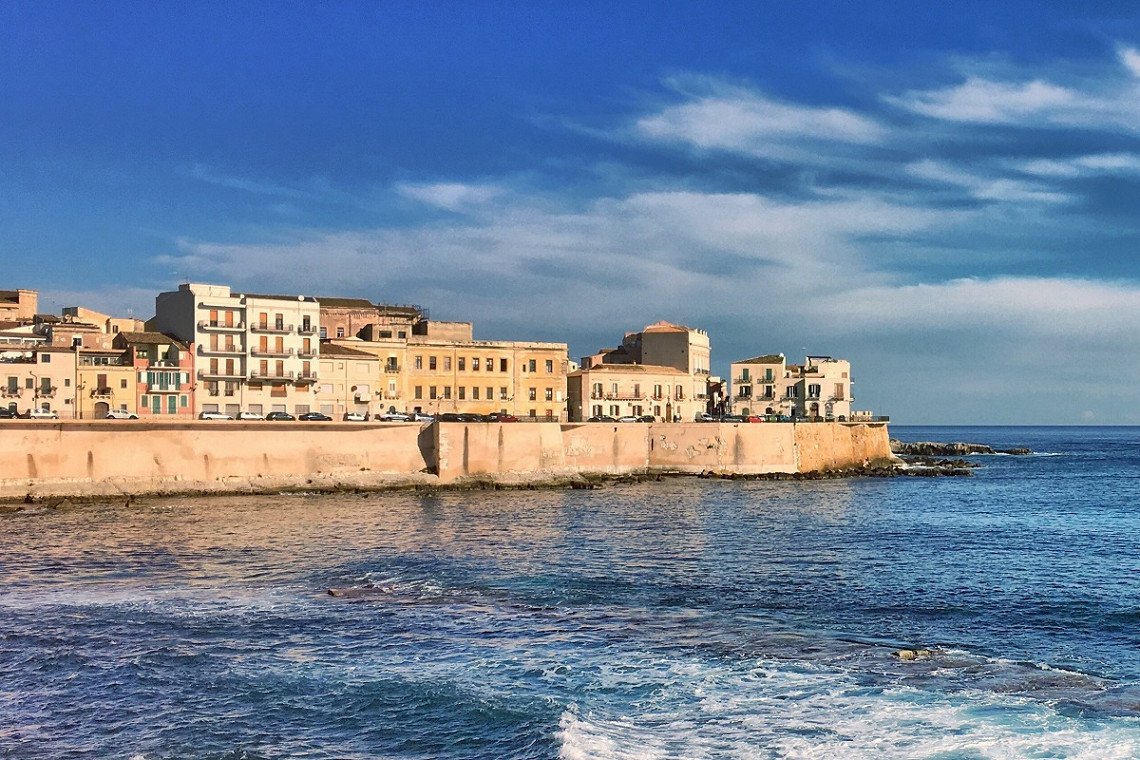 Sicily highlight #5: The city of Syracuse, where ancient and modern times meet

This historic city in southeastern Sicily is known for its ancient ruins, and also has the largest ancient amphitheatre on the island. Syracuse was one of the greatest and most influential cities in the ancient world and you can still feel this when you stroll among the remains of the once magnificent buildings. Not far from the archaeological site, which is also a UNESCO World Heritage Site, you can visit the rocky Necropolis of Pantalica. With over 5,000 tombs embedded in stone, it is the largest necropolis of its kind in all of Europe. The Fountain of Arethusa, a bubbling freshwater spring, is said to be the reason this ancient city first arose. After travelling back in time to an ancient culture, a modern coastal city with many cafés, boutiques, ice cream parlours, baroque buildings and city parks awaits you in the vibrant centre of Syracuse. Another cultural highlight is the baroque Cathedral of Santa Maria delle Colonne at the highest point in the city, from where you can enjoy a wonderful view over Syracuse.

Find a campsite or pitch in Sicily here.