The German Wine Route in the Palatinate is only 85 kilometers long, but it has a lot to offer for campers. It starts with wonderful panoramic views, numerous sights and beautiful hiking and biking trails and does not stop at idyllic pitches directly at various wineries. Freeontour has put together a selection of the most beautiful spots for the motorhome tour in autumn. You can find the right route suggestion in our route planner! 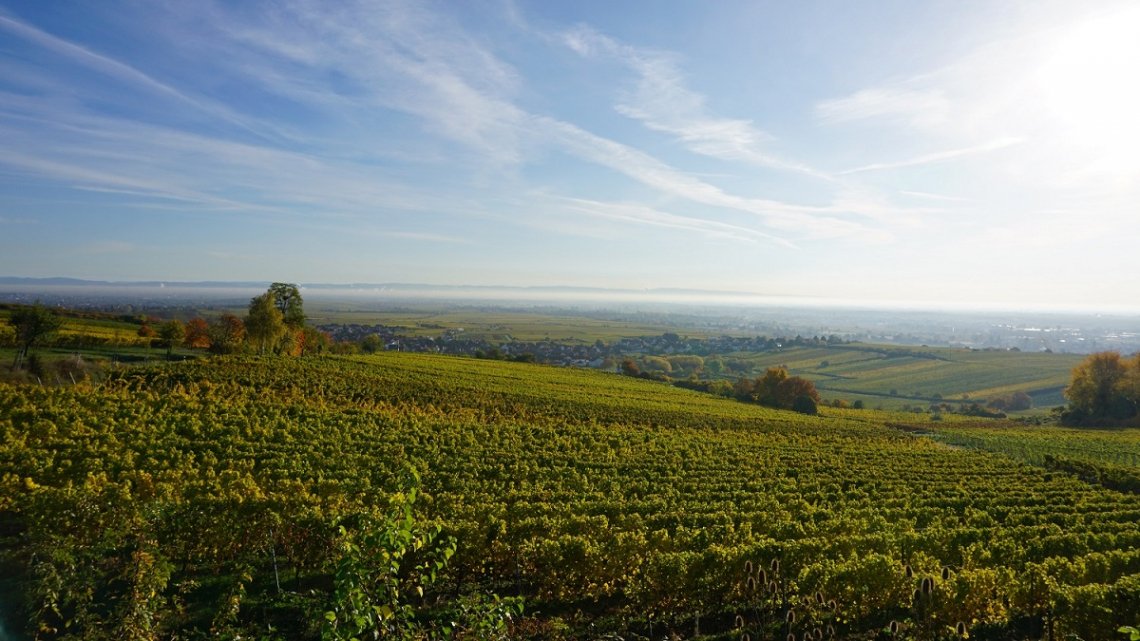 Where is the German Wine Route?

The tourist route of the German Wine Route was launched in 1935 and is one of the oldest themed and holiday routes in Germany. Depending on how it is calculated, it is even the oldest tourist route in the Federal Republic. The route runs over a distance of 85 kilometers through the Palatinate and the second largest wine-growing region in Germany. It usually runs in parallel or on federal roads 38 and 271. According to the definition of the Deutsche Weinstrasse eV association, the start of the German Wine Route is located at the Haus der Deutschen Weinstrasse in Bockenheim near Worms. It ends at the German Wine Gate in Schweigen-Rechtenbach on the border with Alsace, France. Of course, the holiday route can also be traveled in the opposite direction.

Which sometimes leads to confusion: The Southern Wine Route is also part of the German Wine Route. It is the southern half of the holiday road between Maikammer and Schweigen in the southern Palatinate. 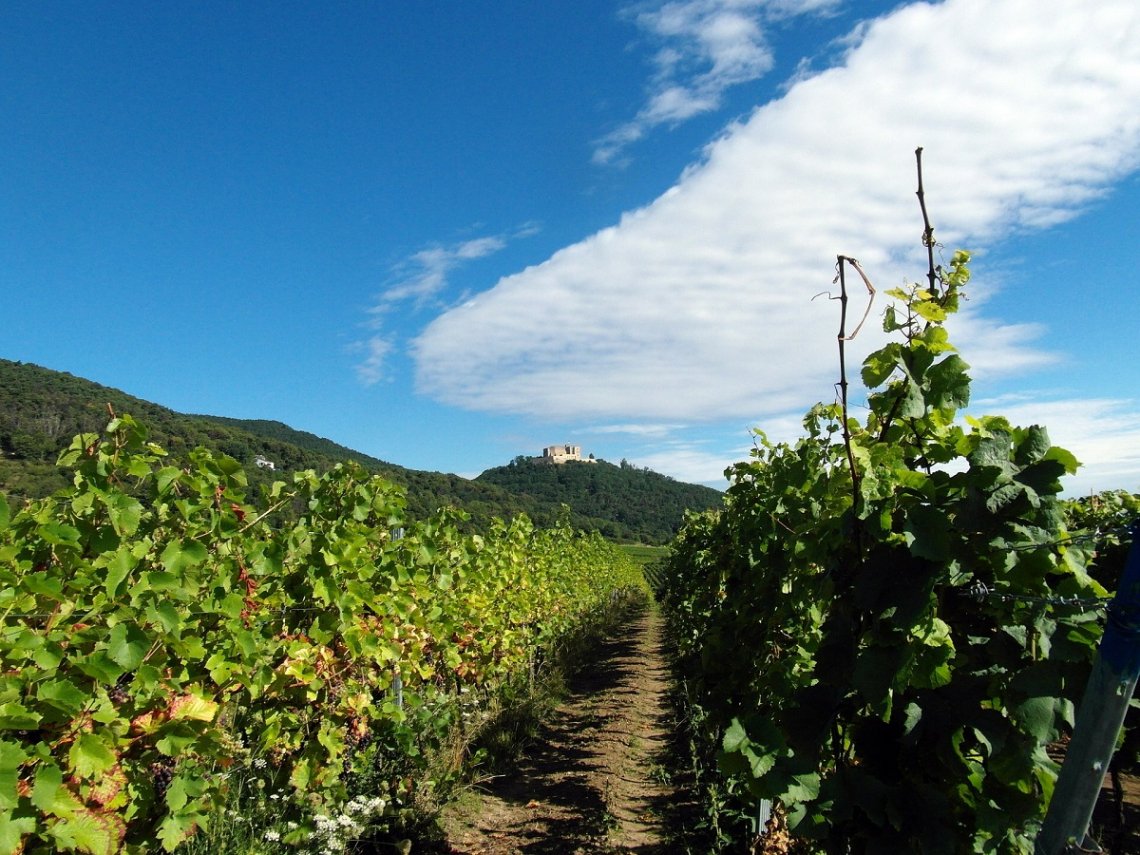 There are many hiking trails in the vineyards below the Hambacher Schloss. Photo: Pixabay

Climate and nature along the German Wine Route

It is not for nothing that the German Wine Route is a very popular travel destination for campers and motor homes: On the one hand, the mild climate with an average of 1,800 hours of sunshine a year and relatively little rainfall is naturally predestined for a short or long tour with a motorhome, camper van or caravan. On the other hand, the landscapes of the Haardt Mountains, Palatinate Forest and Rhine with their almost Mediterranean-style vegetation and vineyards offer many opportunities for varied outdoor activities. In addition, there are the many small wine towns, wineries and sights such as castles and fortresses along the tourist route, which cannot all be listed and leave plenty of scope for your own discoveries. Here are a few examples:

The house of the German Wine Route in Bockenheim is the starting point of the Wine Route.
Photo: Leiningerland

Station 1: hike through the vineyards around Bockenheim

For some, Bockenheim is the starting point of the German Wine Route, for others the last stop. Either way, there are various hikes or bike tours through the vineyards in the area. For example, the wine hiking trail starts here, which leads along the German Wine Route to Schweigen in southern Palatinate. You also come across the three-castle hiking trail that runs through the Krumbach valley to Altleiningen - past the three castle ruins of Neuleiningen, Altleiningen and Battenberg. Alternatively, you can explore the area by bike, e.g. on the Wine Road Cycle Path, the Cabbage & Beet Cycle Path or the Barbarossa Cycle Path. The latter is an 88-kilometer bike path that connects the northern Palatinate highlands with the old imperial city of Worms on the Rhine - one of the oldest cities in Europe that can be proven. Not only does one of the three imperial domes tempt visitors to visit, but also the Nibelungen Museum.

For the end of the day, there is the house of the German Wine Route in Bockenheim - a restaurant with unusual architecture, regional cuisine and of course local wines. Particularly practical for everyone who would like to taste a drop or two with food: on the fairground opposite the house of the German Wine Route, the municipality of Bockenheim offers its guests free parking spaces for campers all year round - with the exception of October. However, there is no supply station. 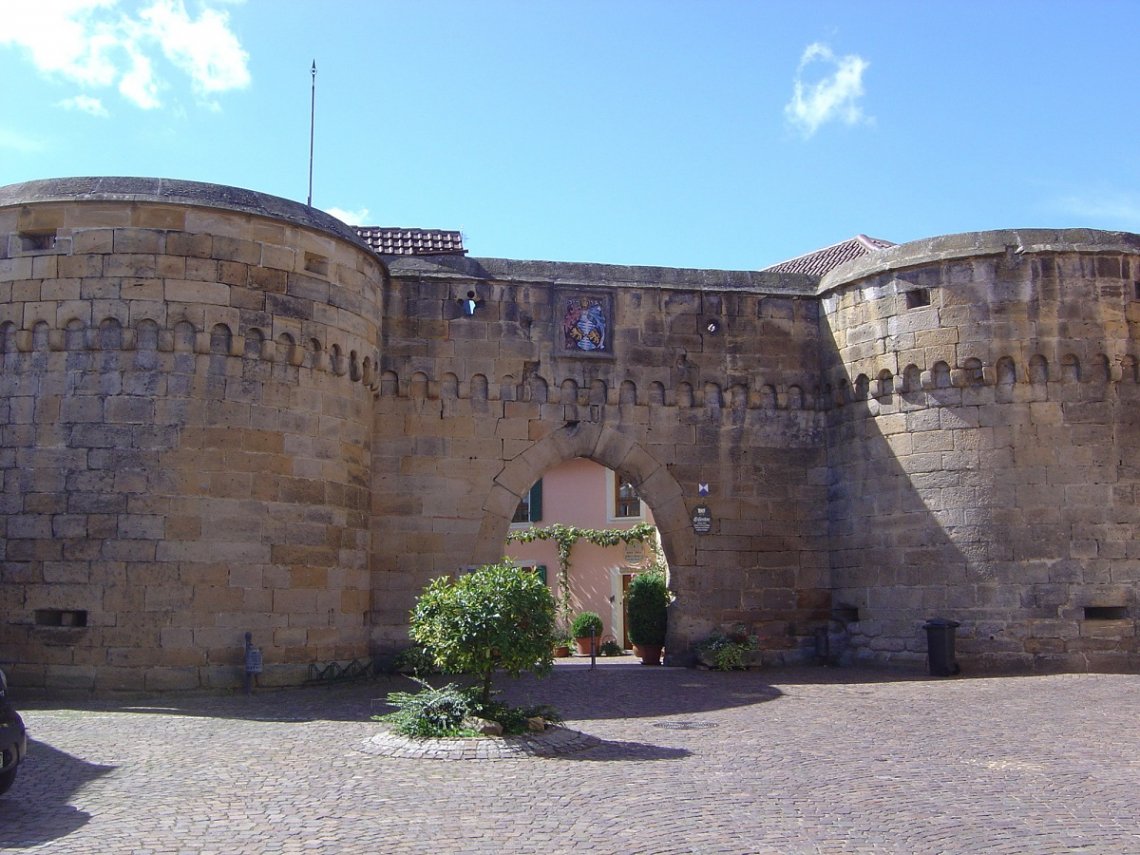 Station 2: Walk along the historic city wall of Freinsheim

The small town of Freinsheim with its old town and above all its completely preserved medieval town wall is worth a visit. The 1.3 km long defensive wall is bordered by the southwestern city wall gate, the Hain gate, and the east-facing city gate, the iron gate. Numerous defense towers, historic buildings, beautiful gardens and the artisan museum in the inner iron gate are worth a walk. The city wall tour is signposted and leads through a beautifully renovated old town. There are also several wineries and wine houses around the old town.

The spa town of Bad Dürkheim lies on the edge of the Palatinate Forest and is one of the main attractions for many travelers along the German Wine Route. On the one hand, this is certainly due to the fact that winemaker and cooper master Fritz Keller made a monument to German wine here as early as 1934: the world's largest barrel to this day. In theory, the Dürkheim giant barrel with a diameter of 13.5 m would be able to hold a volume of around 1,700,000 liters of wine, but in practice it has never served to absorb liquids. At least not in the real sense. For inside, the giant barrel served more of a wine bar for many years, but today it is no longer accessible as such. Instead, the food is served in the neighboring wine hut, which was built at the end of the 1950s due to the large number of visitors, and in the vineyard in front of the giant barrel.

In addition to the giant barrel, there are other sights in Bad Dürkheim that you should visit. For example, the Gradierbau Bad Dürkheim is one of the longest of its kind in Germany. It is the last of originally six graduation houses that belonged to the former “Philippshall” saltworks. Other highlights can be discovered on a city tour through the old town and outside the city walls, e.g. B. the monastery ruins Limburg or the castle and fortress ruins Hardenburg. 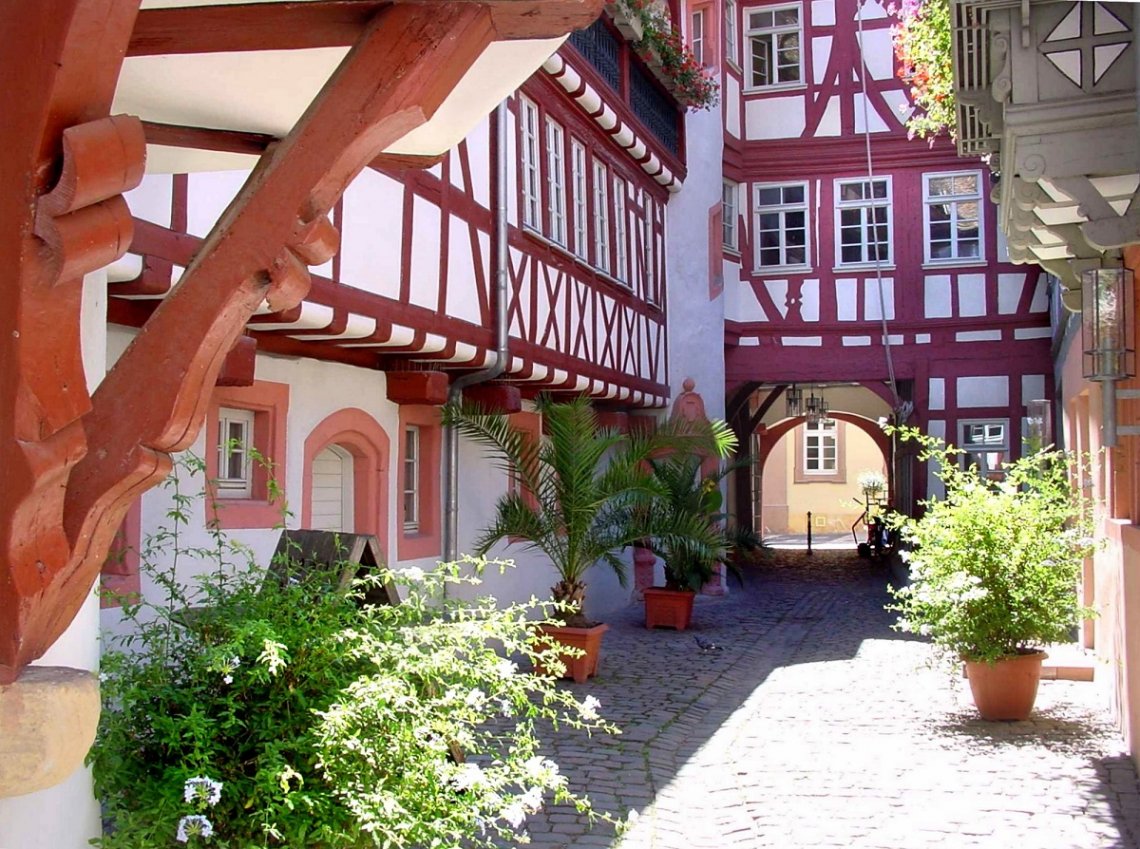 Neustadt an der Weinstrasse is located approximately in the middle of the German Wine Route and is one of the centers of German winegrowing. The German Vintage Festival takes place here every October and the German Wine Queen is also chosen here. In the historic old town you will find carefully restored half-timbered houses, richly decorated Renaissance buildings, the Gothic collegiate church, the largest cast steel bell in the world as well as impressive archways and other monuments.

The Hambach Castle, which towers over the valley about six kilometers south of Neustadt, is also a magnet for visitors. The impressive complex with its roots from the 11th century is a stop on the Street of Democracy established in 2007, which runs from Frankfurt to Lörrach. The reason for this is the so-called Hambacher Fest, which took place at the Hambacher Schloss from May 27 to June 1, 1832 and is considered the culmination of the bourgeois opposition in the period of restoration and at the beginning of pre-March - and thus the cradle of German democracy , This topic is highlighted in the castle, for example, through the permanent exhibition Up, Up to the Castle! addressed. Castle visits are also offered.

The German Wine Route is one of the most popular travel routes in Germany for...

Here is part 2 of the motorhome tour along the German Wine Route .

Germany Wine Tours Wine Road Autumn Spring Summer
by FREEONTOUR View article
All About Travelling At a glance: With caravan and motorhome in Austria