Andalusia is one of the most beautiful regions in Spain and has a lot to offer for your motorhome tour.

Andalusia is home to passionate flamenco, wild bulls and proud Andalusian horses, breathtaking landscapes, vibrant cities and irresistible tapas. The influences of the Moors can still be felt in the oriental flair of Andalusia.

Thanks to its mild climate, numerous surf spots and the well-developed road network, southern Spain attracts campers all year round. We too are embarking on a multifaceted tour along the Costa del Sol and the Costa de la Luz - getting to know the country and its people: 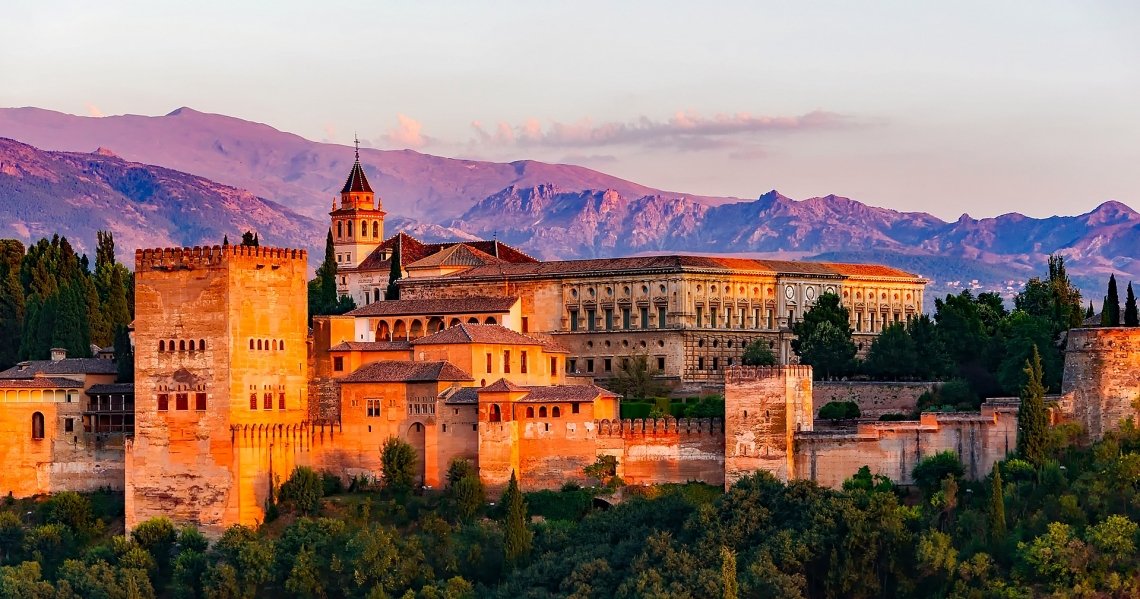 Our first stop is the city of Granada, at the foot of the Sierra Nevada. It is famous not only for the globally unique city castle Alhambra, one of the most important examples of Arabic architecture, but also for the ski area in the neighboring mountains. So just pack your skis.

Sitting in a T-shirt in the warm midday sun with a mountain panorama while snow bunnies pass by with snowboards? In Granada this is everyday life in winter. Sierra Nevada means snow-capped mountains. But despite the proximity to the mountains, the climate in the city center is surprisingly mild all year round.

Away from tourism. © Pixabay, CC0

We drive south towards the Costa del Sol, the southeastern stretch of the coast of Andalusia. In summer it is a hotspot for beach holidays, which has washed up a number of huge hotels along the beaches. If you are looking for a real contrast to this classical tourist life, then the so called Sierras de Tejeda - Almijara y Alhama nature park is the right spot for you to visit.

The landscape is characterized by jagged mountain ridges, deep canyons, green valleys and decayed castles of the past. The surrounding area is ideal for experiencing the Andalusian nature while hiking. Nestled in the mountainous landscape are quaint white villages where the clocks tick much slower than in the cities of the region.

All About Travelling 1 year ago

At a glance: With the caravan and motorhome in Spain

The white mountain village Comares is such a small and enchanting place. In the authentic restaurants you get to know the traditional farmer's cuisine of Andalusia. Here the lamb still comes from the neighboring farm and the local country wine rounds off the culinary experience.

In the south of the park you'll find the impressive Nerja Cave. In the 1950s, children from the neighboring village accidentally discovered the ancient stalactite cave while playing. Archaeologists were all the more surprised when they came across prehistoric murals, bones and ceramics. Scientists suspect that the huge cave was used as a dwelling by humans between 30,000 and 1,800 BC. Visiting times for the cave are year round between 9 am and 3.30 pm - except for January 1st and May 15th. In July and August opening hours stretch from 9.30 am to 6 pm.

On our way to the south of Andalusia we drive along the beautiful coastal road. A short detour to Casares is definitely worthwhile: It is a small village with bright white houses, whose 15th century castle majestically towers on a mountain a few kilometers from the sea. You can lose yourself in the labyrinthine alleys for hours.

According to legend, Casares owes its name to Julius Caesar. He is said to have discovered the healing springs Baños de la Hedionda near the town. However, the real hero of Casares is Gil Blas Infante. He was born in the white village in 1885 and was considered the father of the Andalusian movement. He is still celebrated today, which is hardly surprising since the residents of Casares never miss an opportunity to celebrate it seems. At the cheerful folk festivals and in the restaurants you will be served typical local stews, goat cheese and tapas with every drink. Enjoy! 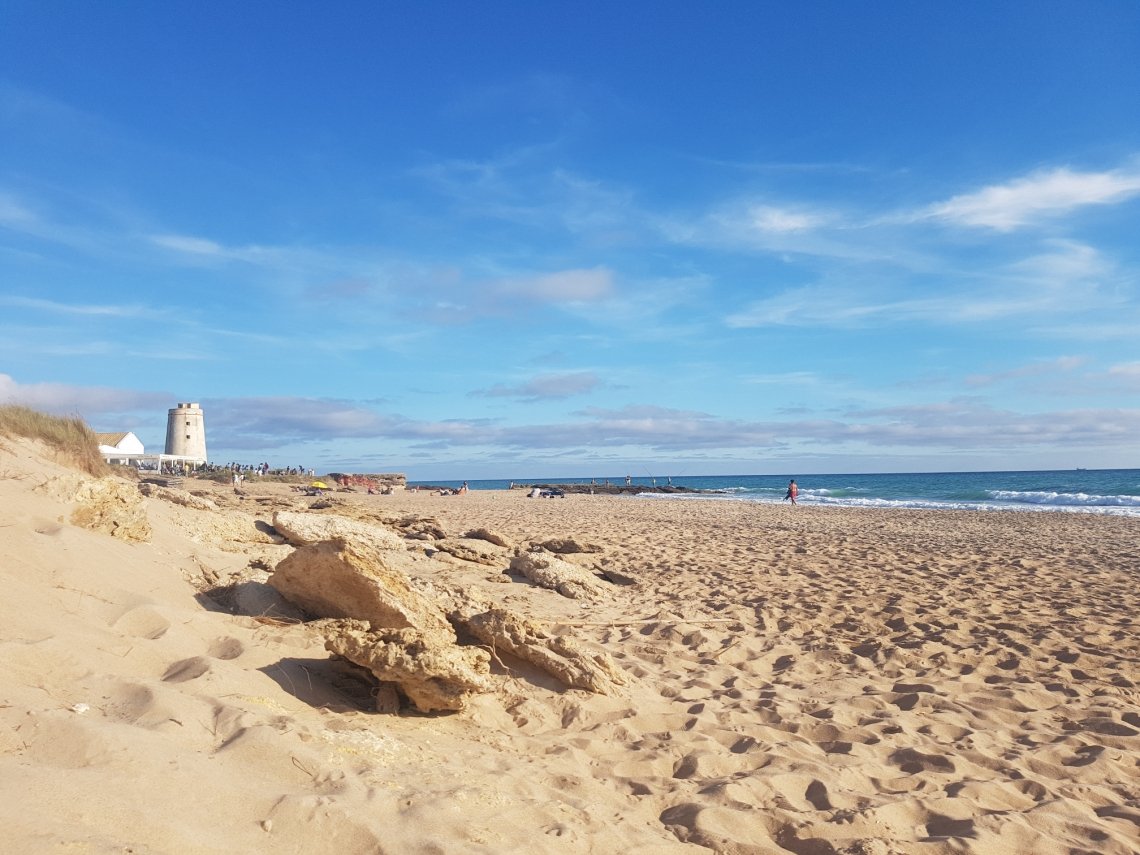 Standing along the Strait of Gibraltar on the wide beaches full of dunes and sand, you can see the outline of Africa, which lies only 14 kilometers away in linear distance. With a little luck, dolphins and whales can be spotted in the strait - sightings are common here between the Atlantic and the Mediterranean. The ferry takes you in just 35 minutes over to Tangier in Morocco where you can immerse yourself in a completely different world.

The wind conditions and the rough sea make Tarifa a popular hot spot for kite surfers as well as windsurfers. In the evening there is a lively bustle in the bars and the smell of grilled fish blows through the alleys of the winding old town.

Cadiz - colorful carnival in the oldest city in Europe

Next stop of our motorhome tour is Cadiz, a real highlight on our trip to Andalusia. It is not for nothing that it is called La Habanita, which means the little Havana: its charm is in no way inferior to the original. Therefore, the Havana scenes of the James Bond film "Die Another Day" were filmed not in the Cuban capital but in Cadiz in 2002.

The city is full of history. The Phoenicians, once an influential seafaring people, founded Cadiz as early as 1,100 BC. This makes Cadiz the oldest city in Europe. The city, which was then called Gadir, was an important trading base with a strategic location. The Carthaginians, Romans, Visigoths and Moors later shaped the city. According to tradition, none other than Christopher Columbus started his trip to America from Cadiz. Spain's first written constitution was also published here in 1812. Today, a memorial commemorates this historic event.

Cadiz is also known for its famous carnival. It actually competes with the big carnival in Cologne, Germany. During the carnival season in February, all of Cadiz turns into one huge street festival. People travel from all over Spain and Europe to experience the shrill spectacle. 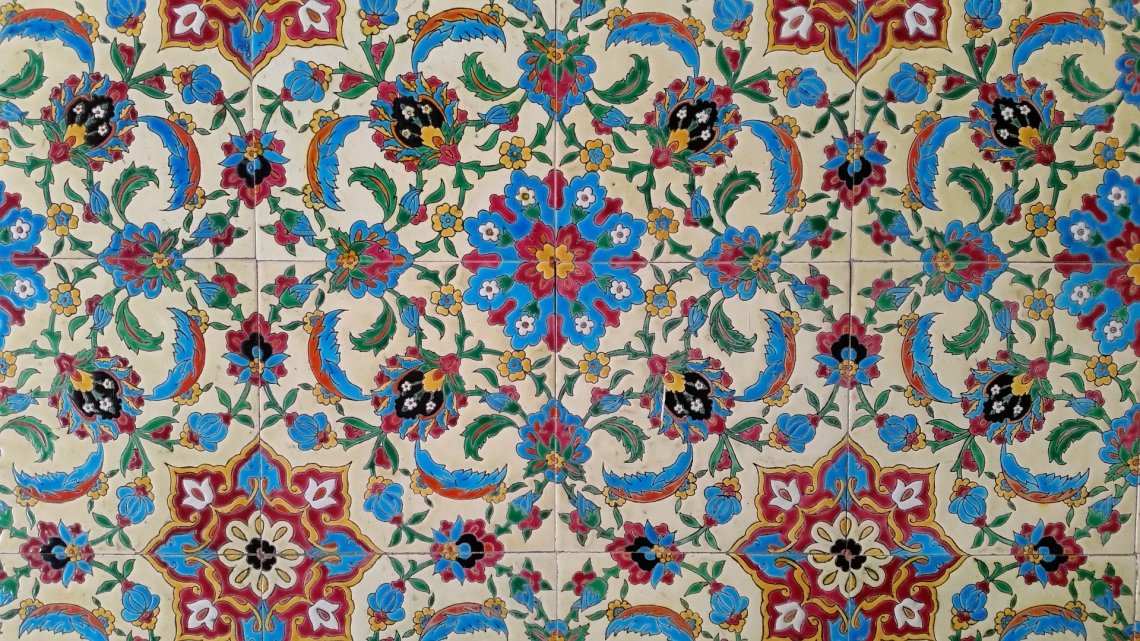 Spanish tiles can be seen everywhere in Andalusia. © Pixabay, CC0

Seville, the largest city in Andalusia, is undoubtedly one of the most beautiful places in Spain. Authentic tapas are served in the numerous bars and flamenco spectacles are on the agenda here. Colorful mosaics and tiles adorn the cityscape everywhere. 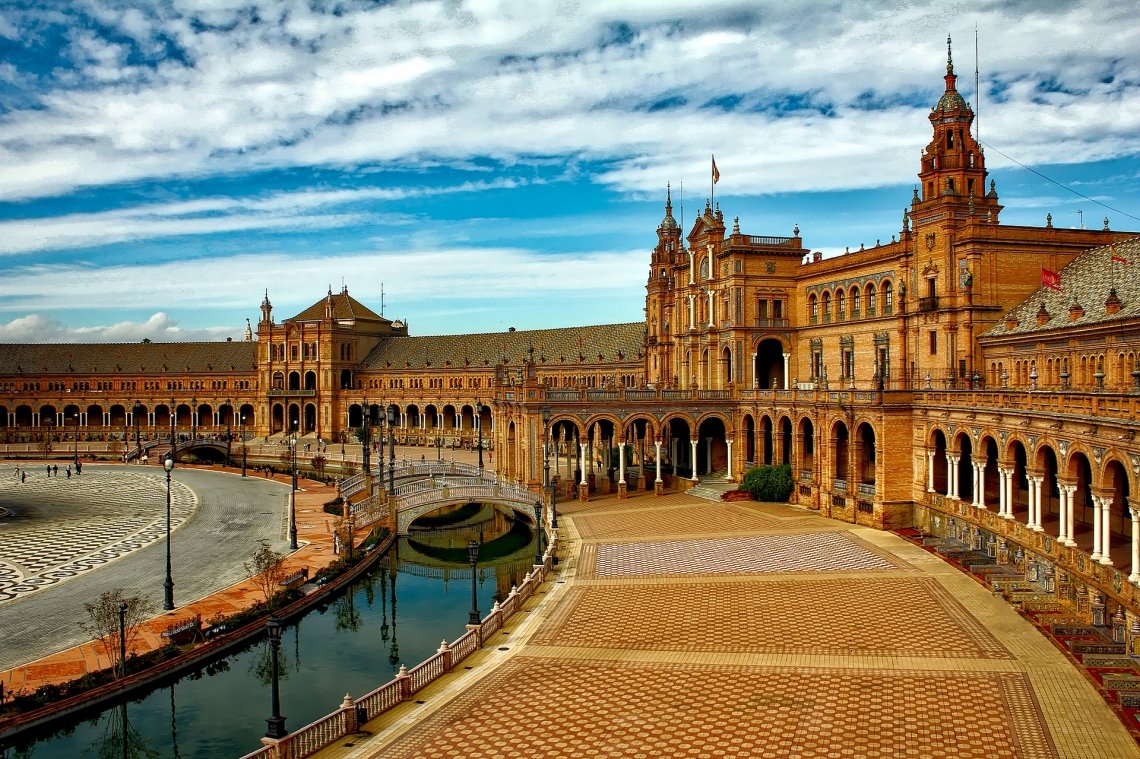 The Plaza de España in Seville is a unique square framed by a semicircular complex of buildings.. © Pixabay, CC0

Seville has interesting museums, magnificent royal palaces, picturesque squares and gardens. The Andalusian capital is also very bike-friendly. The best way to get to know Seville is to take an extended tour on city bikes that you can rent in case you do not have your on bicycle with you.

The impressive interior of the Mezquita. © Pixabay, CC0

Córdoba - seas of flowers and the famous Mezquita

Let's get to the last stop on our tour of fascinating Andalusia: Cordoba. The city in the north of Andalusia stands for the most beautiful courtyards in all of Spain and the Mezquita - a unique mixture of a cathedral and a mosque.

Córdoba's traditional old town can be conquered on foot. Don't miss out on looking into an inner courtyard here and there: the so-called patios are decorated with colorful flowers by the residents, because everyone wants to win the next competition for the most beautiful inner courtyard, which takes place every year in May.

The south of Spain has numerous campsites. Not all of them are open during the winter months but you can easily filter them by date in our Freeontour campsite guide!

Activities & Recreation A motorhome tour through southern Spain - An overview

You can find great tips for a motorhome trip to Spain and 6 documented adventures in our Spanish series.

Spain Motor Home Trip Rental
by FREEONTOUR View article
All About Travelling At a glance: With the caravan and motorhome in Spain