Back
At a glance: With caravan and motorhome in Austria 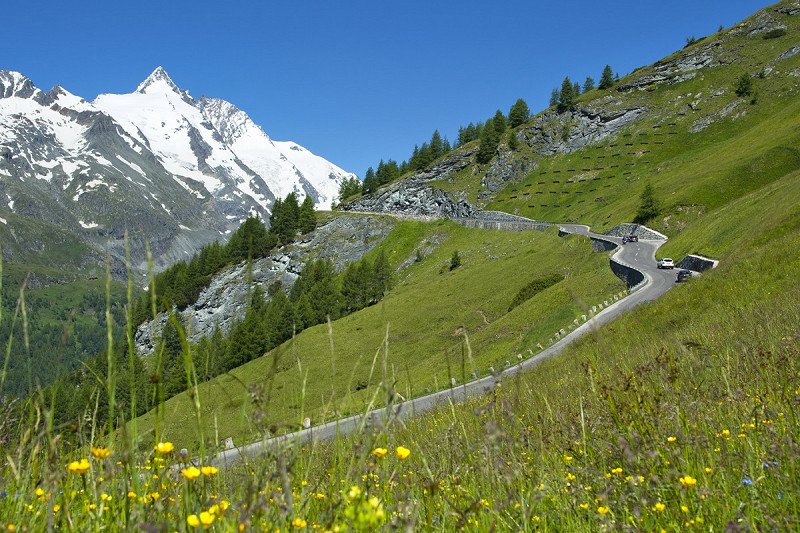 Entry requirements for European citizens: European citizens need a (temporary) passport, a (temporary) identity card or a children's passport for a tourist stay.Travelling to Austria with children: Minors under the age of 15 travelling with you, for example friends of your children, should carry a certified declaration of consent from a parent or guardian. 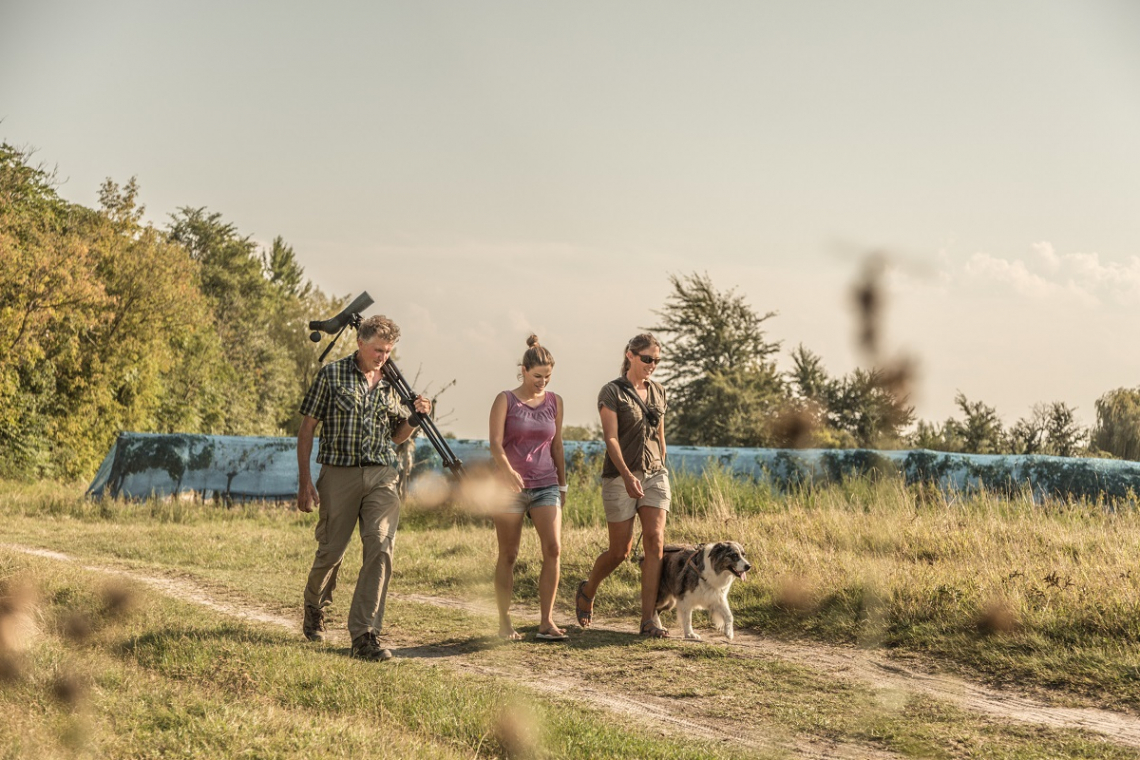 There is no nationwide regulation concerning the compulsory use of leashes in Austria.
Photo: Österreich Werbung / Nina Baumgartner

Travelling to Austria with pets

Dogs, cats and ferrets must meet the following requirements in order to enter Austria: They need an EU pet passport as well as a microchip identification and a valid rabies vaccination that is at least 21 days old. Animals younger than 15 weeks are not allowed to enter Austria.

Attention: In Austria there is currently no nationwide regulation concerning the obligation to use a leash or muzzle. The same applies to the law of so called listed dogs. In Austria each federal state and each municipality determines the regulations for the leash and muzzle obligation as well as for the entry. Therefore, it is recommended to inform yourself at the respective municipalities before your holiday.

The most important traffic rules for motorhomes and caravans in Austria 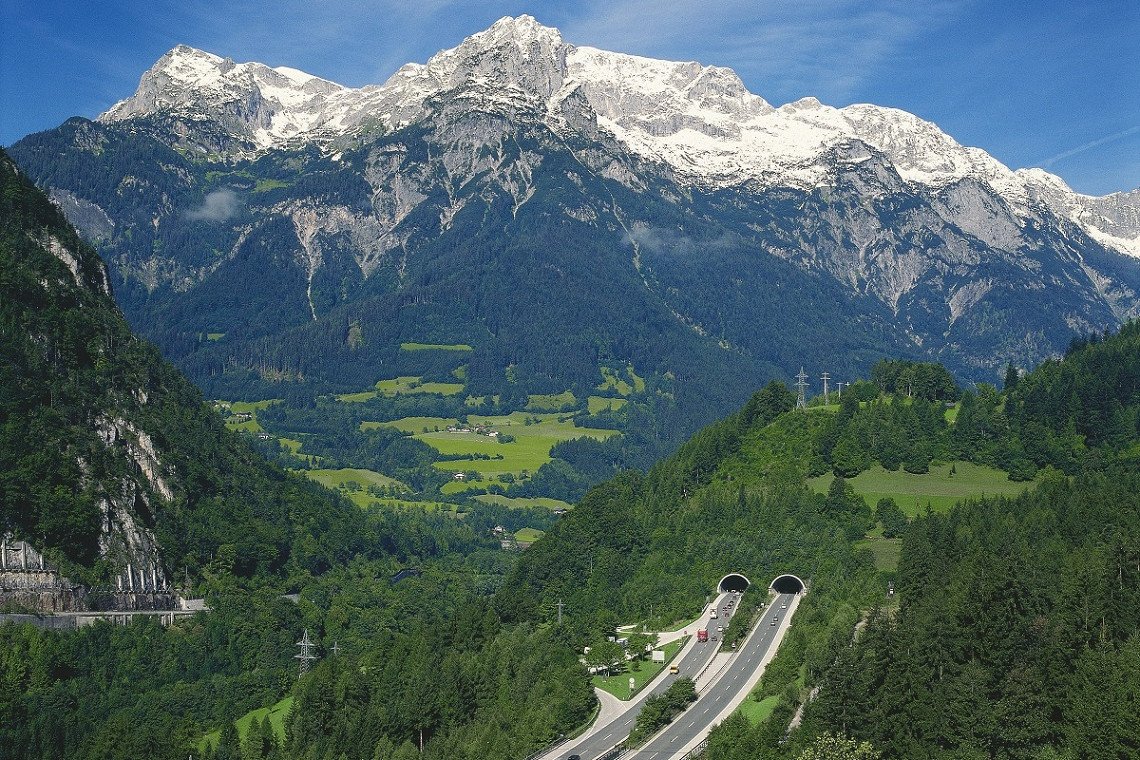 Driving on the Tauern motorway means that you have to pay an additional toll for certain sections of the route. Photo: Österreich Werbung / Wolfgang Weinhäupl

Information about tolls and vignettes in Austria

With a few exceptions, all motorways and expressways in Austria are subject to tolls. Since 1997, there has also been a vignette requirement: all cars, motorcycles and motorhomes up to 3.5 t must have a valid vignette when entering the motorway or expressway. The vignette is available in the form of an adhesive vignette (available at petrol stations and motorway service stations near the Austrian border) or as a digital vignette. Depending on requirements, it is valid for ten days (9.60 euros), two months (28.20 euros) or per calendar year (93.80 euros; prices as of 2022). The prices also apply to caravans and motorhomes up to 3.5 tonnes. For motorhomes exceeding 3.5 t, the so-called "GO toll" must be paid, which also applies for trucks.

Road tolls for vehicles up to 3.5 t
But on some routes the purchase of the vignette is not sufficient even for vehicles up to 3.5 t: on certain routes, a separate route toll is required instead of the vignette. This usually applies to constructionally cost-intensive Alpine crossings. Such toll roads are located, for example, on the A 9 Pyhrn motorway, the A 10 Tauern motorway, the A 11 Karawanken motorway, the A 13 Brenner motorway and the S 16 Arlberg expressway. On the routes between the individual toll stations, the vignette requirement, which is otherwise customary on motorways and expressways, does not apply. However, holidaymakers often have to pay both costs for their journey to their destination in Austria. Here you'll find details about road tolls in Austria.

Motorhomes exceeding 3.5 t: GO-Maut
In contrast to the vignette for vehicles under 3.5 t, the GO toll is a mileage-based toll. So costs only arise if you really use the motorways and expressways in Austria. The respective tariffs are not only dependent on the kilometres covered, but also on the number of axles of the vehicle and its emission class.

Important for owners of a motorhome exceeding 3.5 t: In order to be able to pay the GO toll at all, a so-called GO box is mandatory. This is an electronic device about the size of a pack of cigarettes and it needs to be attached to the windscreen with the aid of self-adhesive Velcro strips. It communicates with the toll stations via microwave technology (DRSC - Dedicated Short Range Communication). Payment can be made in both prepaid and postpaid procedures. Get more details about the GO-Box and the GO-tollsystem.

Austria has many delicious wines to offer - as here in the Kellergasse in Mailberg in the Weinviertel - but also heavy fines for exceeding the drink-drive limit. Photo: Österreich Werbung / Leo Himsl

Most petrol stations in Austria are open from 6 or 7 am to 9 pm or 10 pm. However, there are also petrol stations with 24-hour service on the motorways. Payment can be made easily in cash, by cash card and usually also by credit card.

Child seats in the car: Since 2019, there has been an innovation with regard to the child seat obligation in Austria: Instead of up to a height of 1.50 m, children up to 14 years now only have to use a child seat or a booster seat up to a height of 1.35 m. The use of a child restraint system up to 1.50 m is nevertheless recommended. Example: A child aged 13 and 1.30 m tall must be secured with a child seat. For a child 13 years old and 1.40 m tall it is sufficient if it is strapped in with the seat belt. Violations of the child seat obligation can result in fines of up to 5,000 euros.

Since 2019 there are new rules in place when it comes to the child seat regulation in Austria. Photo: Österreich Werbung / Lois Lammerhuber

Mandatory safety vests on Austrian roads: In Austria there is a double safety vest obligation, which can also be punished twice: the wearing obligation and the carrying obligation. In the event of a breakdown or an accident, safety vests are mandatory when entering the road. The carrying of a safety vest is also regulated by law and must be proven when checked by the police. Every motorist must also carry a first-aid kit and a warning triangle and be able to present them at a traffic check.

Telephoning while driving: The mobile phone may only be used in the vehicle with hands-free equipment for telephone conversations or navigation.

Winter tyre obligation: Between 1 November and 15 April, winter tyres are compulsory in Austria for passenger cars and vehicles up to 3.5 t in winter road conditions. This means that a vehicle may only be put into operation if winter tyres with a minimum tread depth of 4 mm are fitted to all wheels in the event of snow on the road, slush or ice. If the road is continuously covered with snow or ice, snow chains on at least two driving wheels are also permitted as an alternative. For all vehicles with a total weight over 3.5 t, a general winter tyre obligation applies between 1 November and 15 April on at least one drive axle with a minimum tread depth of 6 mm.

Important addresses and telephone numbers for holidaymakers in Austria

European emergency number: 112
This central emergency number, which can be reached free of charge both on the fixed network and by mobile phone without area code, provides you with assistance from the local police, fire brigade, paramedic or ambulance.