The 450 km long German Alpine Road runs between the most famous places of interest in Bavaria. Take your motorhome on a tour along the oldest scenic route in Germany, running from Lindau on Lake Constance to Schönau am Königssee, past some of the most beautiful attractions in Germany, such as the royal palace Neuschwanstein Castle (Füssen) and Herrenchiemsee, the world-famous Zugspitze and salt mine Berchtesgaden. Fantastic campsites are waiting for you; according to the Touristikverein Deutsche Alpenstraße e.V., holidaymakers voted the German Alpine Road to be one of their most popular destinations with the best sites in Germany.

If you look at the list of the Bavaria’s most famous places of interest, they appear along the German Alpine Road one after the other almost as if the route had been planned in advance. It’s not just the world famous royal palaces along this route, such as Hohenschwangau Castle, Neuschwanstein Castle, Herrenchiemsee Castle and Linderhof Palace that make this one of the Top 100 places of interest in Germany. You will also find Lake Constance with the wonderful garden island Mainau, the Wieskirche in Steingaden, Berchtesgadener Land with the large salt mine, the Kehlsteinhaus and the only Alpine National Park in Germany, along this route, as well as many other attractions. All in all, the German Alpine Road offers endless highlights for your 450 km motorhome tour through southern Germany.

Along the path through the most traditional towns and scenery, and the breath-taking countryside of the German Alpine Road 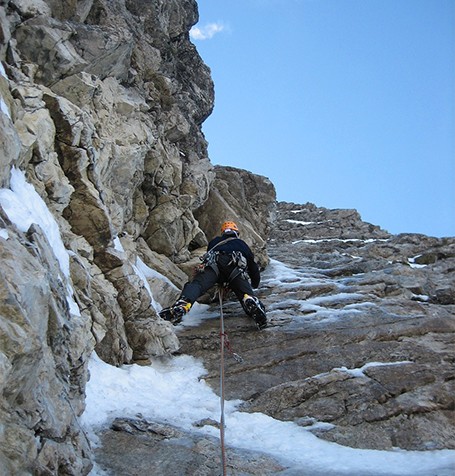 Despite its fame, the stretch of the German Alpine Road through Bavaria remains pretty unspoilt. You will notice this particularly in the landscape, with spectacular contrasts between the hilly countryside and the famous Alpine meadows of the alpine upland, and the steep and massive mountain peaks of the impressive alpine panorama. The most famous and highest mountain in the Alps, the Zugspitze, with its incredible 2,962 m height, can also be found on the German Alpine Road.

Discover historical towns and learn more about the Bavarian culture and traditions during your motorhome tour. There are over 25 castles, palaces and famous cloisters spanning the whole of Bavarian history for you to visit. Traditional farming villages and historical towns such as Garmisch-Partenkirchen, Bad Tölz and Bad Reichenhall are waiting to be explored, and traditional events like the “Allgäuer Viehscheid” (Allgäu cattle drive) in various Allgäu villages or the “Leonhardiritt” (pilgrimage on horseback and in horse-drawn carriages) in Bad Tölz give you a feel for Bavaria’s rich traditional history. 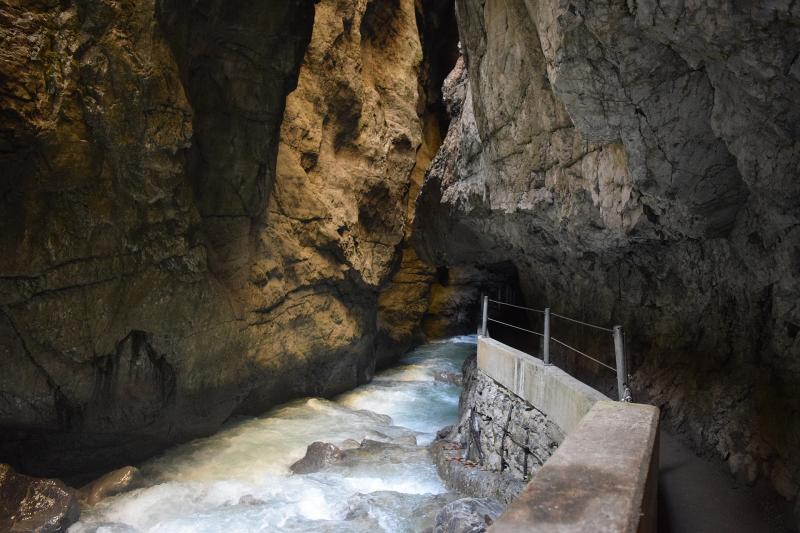 A quick overview: You really have to see these attractions, Bavarian originals and the most beautiful places on the German Alpine Road. Here you will certainly take some of the best photos of your holiday.

1.      The famous harbour at Lindau on Lake Constance, the “Schwäbisches Meer”
2.      Neuschwanstein Castle and Hohenschwangau Castle in Allgäu near Füssen, where the Road, coincidently, meets the Romantic Road (German scenic route).
3.      The beautiful and breathtaking viewpoints on the Allgäu Alps, e.g. in Bad Hindelang and Immenstadt am Alpsee (insider tip), in the Region Pfronten
4.      Oberammergau, stage for the Passion Play and the impressive church of Ettal abbey
5.      Zugspitze, Germany’s highest mountain peak, south-west of Garmisch-Partenkirchen
6.      The picturesque old town of Bad Tölz with its Baroque flair
7.      Rottach Egern is home to the oldest brewery in Germany and the wonderful Tegernsee
8.      The Chiemsee alpine landscape, a boat trip to Fraueninsel and Herreninsel with the Herrenchiemsee Palace
9.      Bad Reichenhall at the foot of the region known as Berchtesgadener Land, with the serene spa gardens and Rupertus Therme
10.  Salzbergwerk Berchtesgaden and the Watzmann Therme Berchtesgaden (insider tip) and the National Park Berchtesgaden and the Königssee near Schönau

Travelling with your motorhome - On the German Alpine Road

Motorhome drivers take care! Not every section along the German Alpine Road is suitable for large motorhomes because, as the route name says, some stretches are very close to the Alps. You may need to leave these sections out, or take a detour around them. Or you could just leave the motorhome or caravan at one of our recommended campsites or motorhome pitches, and make daytrips from there using buses or trains. 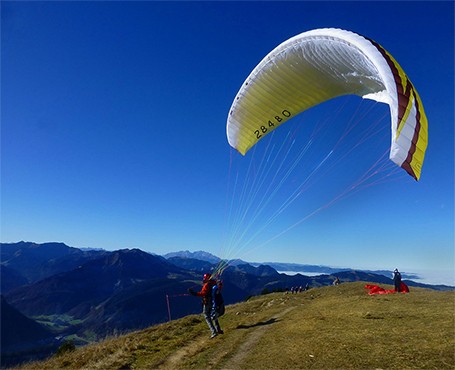 Some stretches of the German Alpine Road are even record-breaking: The section “Oberjoch Passstraße“ in Allgäu, from Bad Hindelang to Oberjoch, for example is the curviest road in Germany, with 106 bends at an altitude of 300 metres. The road was already an important connecting passage through the Alps during mediaeval times and today the Oberjochpass is very popular with motorbike and racing bike enthusiasts.
The Kesselbergstraße in Upper Bavaria is also famous. At 240 metres high, the road connects Walchsee and Kochelsee with an average descent of 4 %, and was previously a popular stretch for car and motorbike road races. The steepest part of the German Alpine Road is, however, much further east. The route runs from Unterwössen in Chiemgau, with an incline of up to 12 %, to the Maserer mountain pasture, before descending again into the valley to Reit im Winkl. 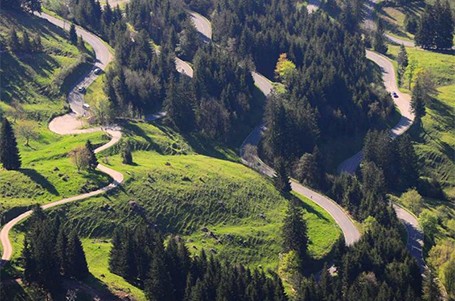 Some reports say that Bavarian King Maximilian II travelled along the oldest German scenic route, however at this time, around 1858, the German Alpine Road was certainly not as well constructed as it is today. The touristic infrastructure has been very well developed in the meantime, so that today, you will find a constant stream of signs (in both directions) to help guide you along the route with your motorhome.

You should really plan in a week for your motorhome tour of the German Alpine Road to give yourself enough time to explore the numerous places of interest and enjoy the scenery along the route. There are countless shops and inns along the road to provide you with excellent cuisine, a wide selection of health and relaxation opportunities, and simply a warm welcome as you pass through. And the whole route is toll-free.

Why not use our practical FREEONTOUR route planner to plan your own personalised journey along the German Alpine Road. We also have some route suggestions that you might like to incorporate, and you can order a number of brochures from the following internet page: Info material German Alpine Road

Some of the world’s best caravan and motorhome tours

The Touristikverein Deutsche Alpenstraße e.V. aims to establish the German Alpine Road as one of the top ten scenic routes in the world. The Association focusses on travellers who enjoying being on the road, who are interested in Bavarian culture, and who want to experience the regional highlights of Bavaria. Detailed information about the route sections and the places of interest along the German Alpine Road can be found on the internet page of the German Alpine Road. 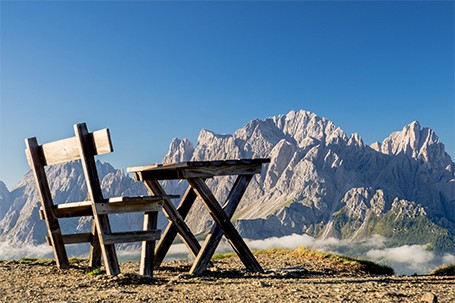