Back
Autumn walks in Donegal 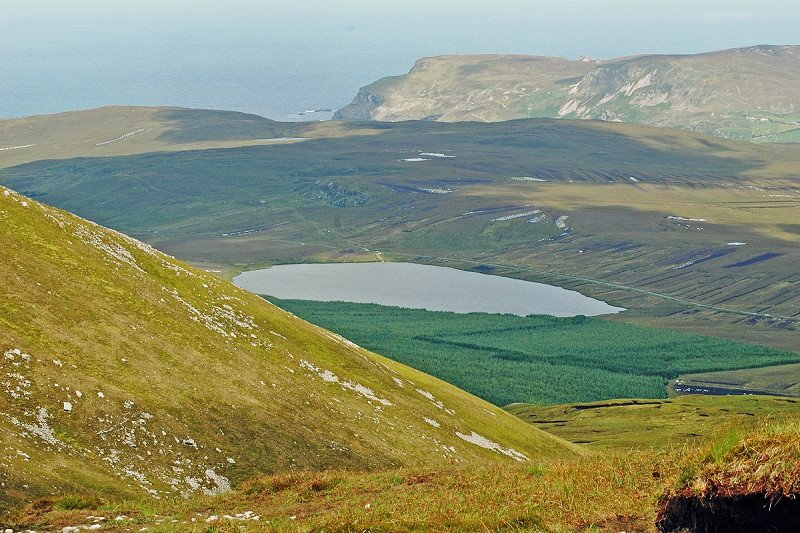 Ireland may not be the first destination campers think of for an autumn trip, but you shouldn't rule it out – especially if you like hiking. And it's not just the Indian summers and outstanding natural landscape in County Donegal in the northwest of Ireland that have been attracting more and more hikers. The Freeontour author Jörg Berghoff will take you on a hiking adventure in autumn where Gaelic traditions know how to outsmart time.

The smell of wind wafting across the meadows; the extensive rolling hills revealing stories of pilgrims and impoverished farmers' lives; the sea salt in the air slowing down breathing – you start to smell, see and breathe differently while leaving the speed of the modern world behind you. Time seems to go more slowly out here in Northwest Ireland. Hiking in Donegal means going back to school. A school, however, that does not give marks, teach or punish its pupils, but one that has an effect by its mere existence. A school that uses the language of nature to silently show that there is a world beyond stock market prices, consumerism and profit maximisation. It might try to catch up with you now and then, but thankfully only with limited success. 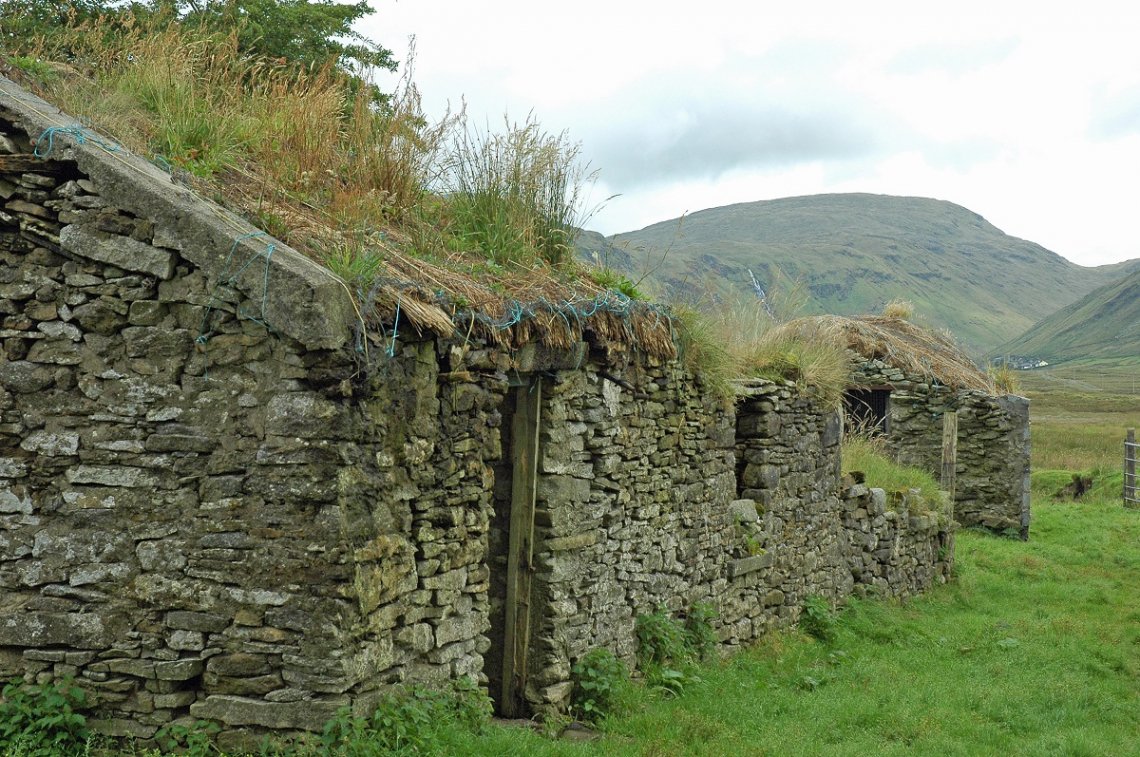 Hiking in the Bluestack Mountains

The gentle drizzle obscuring the view of the cloudy sky at the starting point of the first stage of the hike is not exactly encouraging, but hikers in the west of Ireland tend to come well-prepared. They have rain gear in their backpack as a matter of habit, so it's no longer bothersome – no more than the first ascent to the plateau of the Bluestack Mountains. You'll feel warm all over and your leg muscles working because the pretty narrow path winds along the forest through scree and muddy peat pools, which you would steer clear of if you knew the terrain as well as John McGrory does. He earns his living as a policeman in County Donegal, a relatively leisurely job. And has a passion for hiking. Together with other fellow hiking enthusiasts, and having additionally joined forces with the local tourism office, he guides visitors on selected hiking routes to bring them closer to the archaic beauty of his homeland. Along with the odd joke or two.

On the Bluestack Way

West of Lough Eske, the Bluestack Way stretches 47 kilometres from Donegal Town over the mountain range to Ardara. Many of the peninsula's villages in Donegal (Ireland's largest Gaeltacht district), right up to Rossan Point, are steeped in Gaelic traditions. Gaelic is the language of everyday life and the people here are keen to keep their rich Celtic heritage alive. There was a time when many Irish did not travel to the northwest of the island as they equated the area with Northern Ireland and the Troubles. But they have started to rediscover this corner of the country, especially as Donegal is more unspoilt and very different from the rest of the republic. That is also true of trail signage. “We're putting more and more loop walks together now,” John McGrory explains. "For the most part, these circular hiking trails cut across country that belongs to the farmers. They don't mind as long as the hikers don't do any damage to the environment. And as for the waymarkers, our aim is to find a balance between providing enough navigation help and preserving the unique character of the landscapes in Donegal. You won't find a forest of signs anywhere, we prefer detailed maps.” And these maps lead us straight into the almost deserted Eglish Valley where time seems to stand still. Isolated farms crouch behind metre-high fuchsia hedges and sheep lift their heads in the horizon, as though they were guards from another world watching for intruders to then drive them away. In the 18th century, 300 people lived here. Today, there are only three farming families. 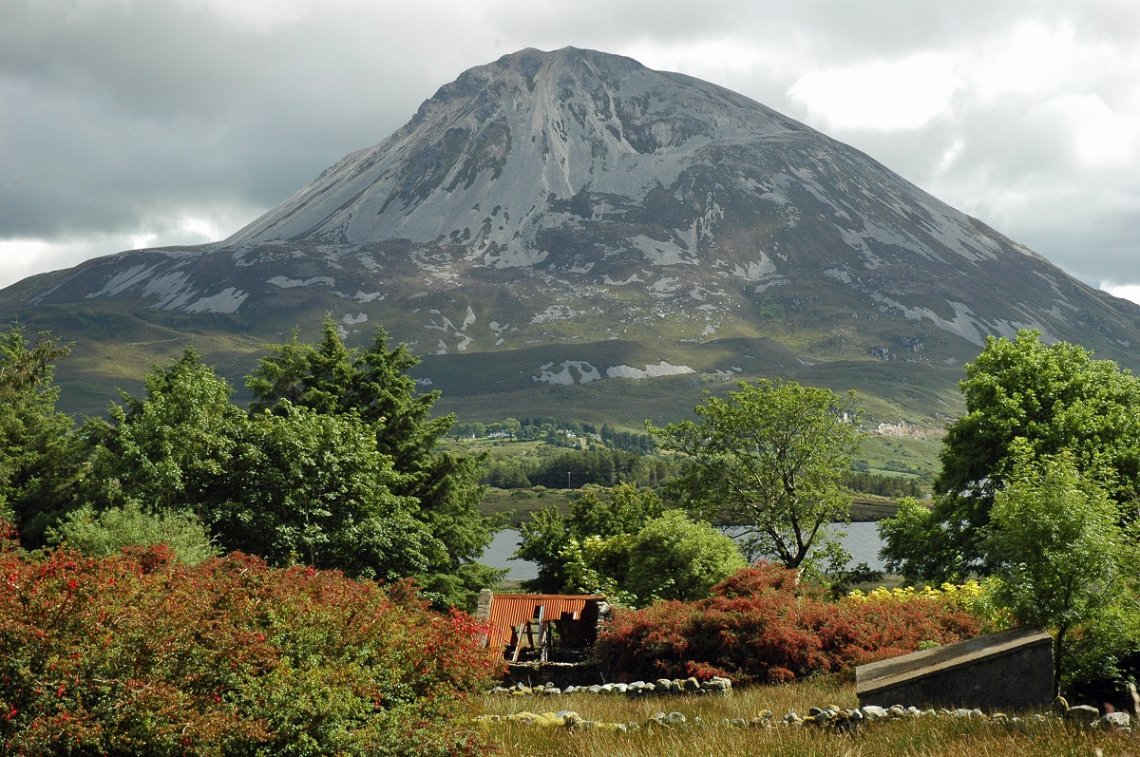 While hiking through Donegal, you won't be able to avoid the highest cliffs in Europe. The Sliave League, the "grey cliffs", is best hiked from Teelin. After six kilometres uphill and the daring One Man's Path, you will be rewarded with a magnificent vista and windswept views across Donegal Bay away to the seemingly endless expanse of the Atlantic. Beyond that is only America. Another popular trail is the Glencolmcille Loop, which will take you to the pilgrim stations of Saint Columba. Not forgetting the many hiking trails through Glenveagh National Park, where the castle and its gardens are also worth visiting. A lesser-known tip is the trail around Dunlewey Lough and the county's highest peak, Mount Errigal. The idyllic route around the lake and the cone-shaped mountain conjures up images of the land of elves in Tolkien's Middle-earth. In the evening we stop over at Leo's Tavern in Meenaleck – what better way to enjoy the evening after a day of hiking than around a peat fire with Clannad songs and ballads?