Never been on a motorhome holiday? Read our best road trip tips for your first campervan adventure

Your first motorhome holiday – there's more to it than just swapping your car for a larger vehicle. For instance, mobile homes and campervans have a very different braking performance and feeling in the curves. Whether you've rented or recently purchased a motorhome, if you haven't had much experience in driving one and you want to get used to your new vehicle, then it's best to practice with some simple routes where you won't be confronted with tight hairpin turns or extreme inclines.

Narrow alleyways and main through-roads can easily get the pulses of motorhome novices racing when first starting out. rent easy, specialists in luxury motorhome rental, recommend four routes for a first road trip that won't increase stress levels. True to the slow travel motto – the journey is the reward. The Freeontour planner also shows these routes, split into short stages, which you can simply implement and adapt for your own road trip. 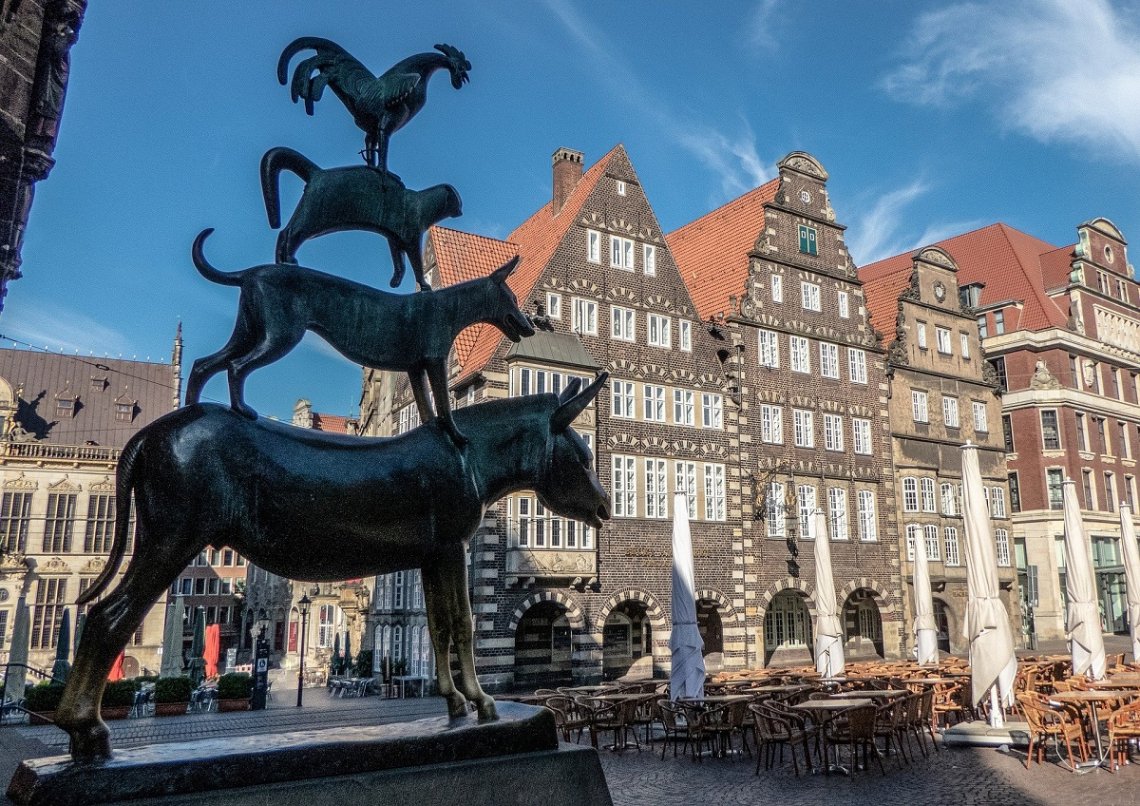 A visit to the Town Musicians of Bremen marks either the end or the starting point of your motorhome road trip along the German Fairy Tale Route. Photo: Pixabay

The German Fairy Tale Route is ideal for families with children as well as motorhome novices. Following the trail of the Brothers Grimm, this themed road runs for more than 600 km without any noteworthy inclines or tight bends and goes past locations linked to their fairy tales. You can visit the Sleeping Beauty Castle, the House of Snow White and the Seven Dwarfs, the Münchhausen Museum and much more. The journey begins in Hanau where the brothers Jacob and Wilhelm Grimm were born. Other stopovers include Steinau with the Brothers Grimm House and Kassel where the two brothers lived for more than 30 years. This is also where they collected and wrote down most of their fairy tales. Past Hamelin, the town known for the Pied Piper, and another 300 km to Bremen where the German Fairy Tale Route ends. The route we have suggested below starts in the other direction.

Along the German Fairy Tale Route

A journey through fairy tale land in the footsteps of the Brothers Grimm ... Picturesque... 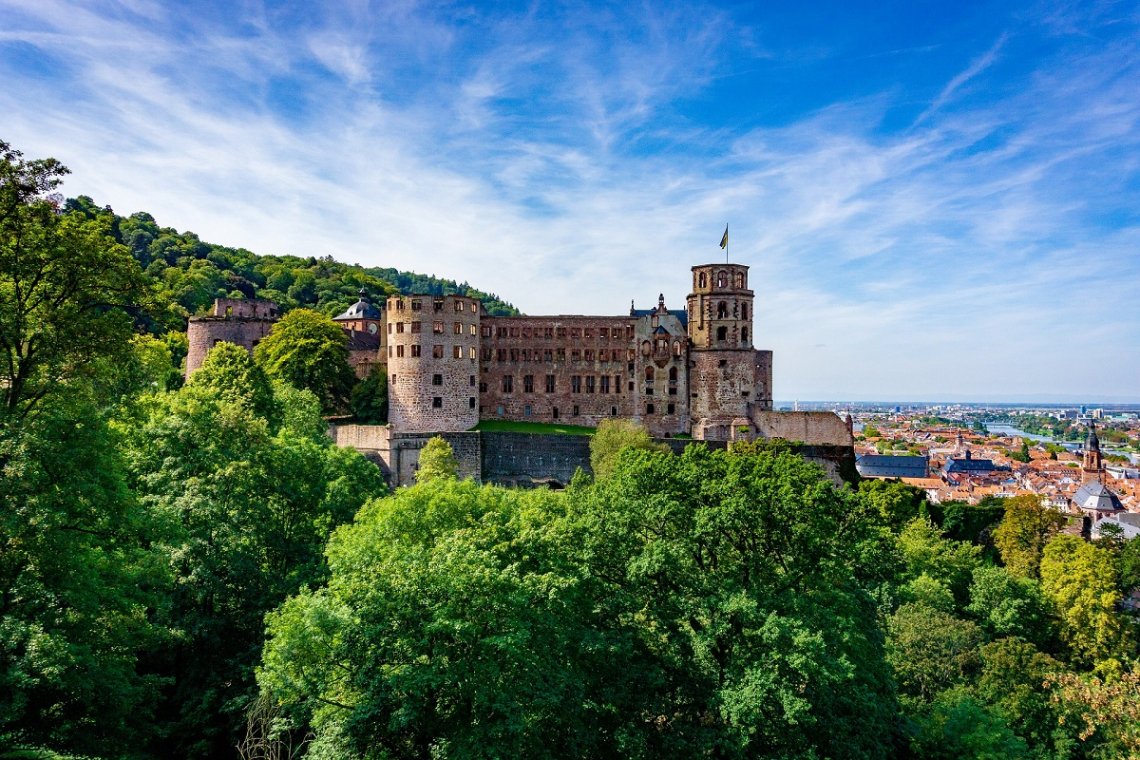 Heidelberg Castle is a good starting point for a motorhome trip along the Castle Road. Photo: Pixabay

The German Castle Road stretches across Germany. Motorhome holidaymakers pass one tourist gem after another on this route that is almost 800 km long. The journey starts from the Palatinate castles of Mannheim, Heidelberg and Schwetzingen and continues on to the knight's castles in the Neckar Valley, to Sinsheim, to the Staufer town of Bad Wimpfen and finally to Heilbronn. Other highlights include Schwäbisch Hall, Rothenburg ob der Tauber, Ansbach, Nuremberg and Bamberg. Just before you get to the historic city of Bayreuth, you can visit the impressive fortresses in Coburg, Kronach and Kulmbach. There are about 60 castles and palaces in total along the Castle Road waiting to be discovered as well as a vast number of opportunities for you to hop out of your motorhome and take spontaneous and relaxed walks through the past. Way too much for just one motorhome trip. Thankfully, there are a number of stages and routes that can be explored either separately or in combination. Freeontour has put together a selection of possible stages.

Visit the highlights and events in Schwetzingen, Heidelberg, Eberbach and Mosbach along the Burgenstrasse 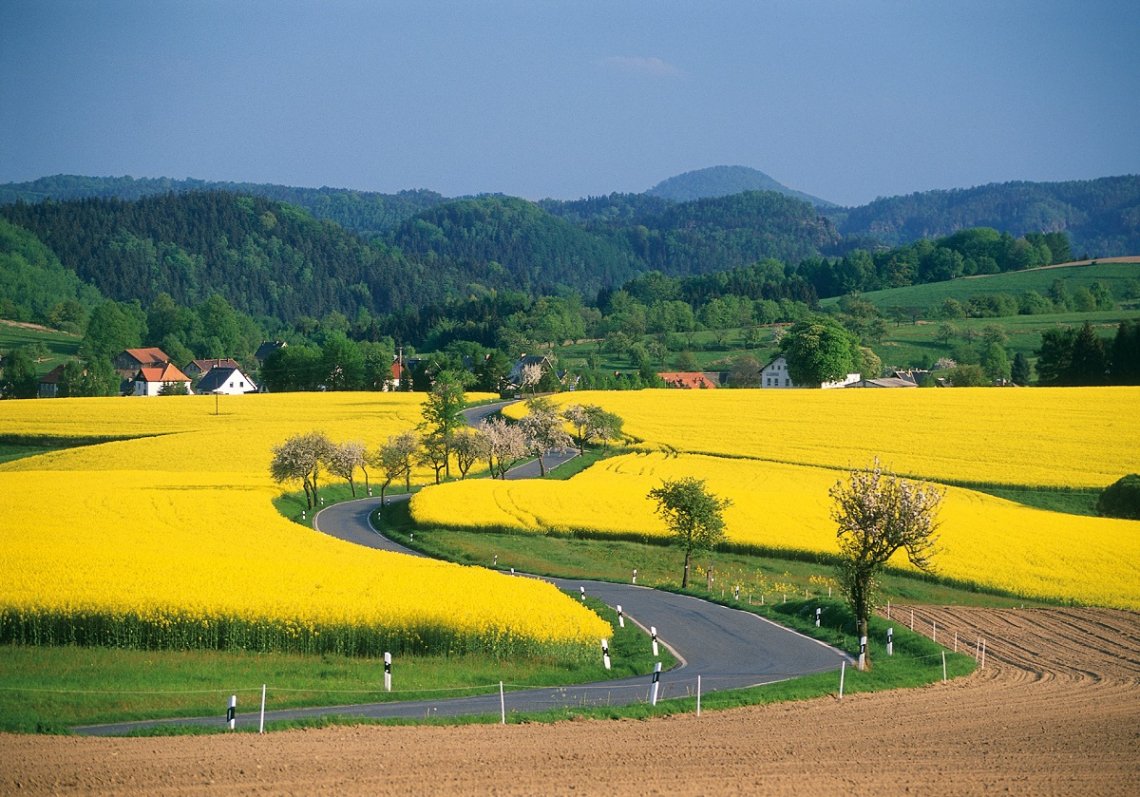 A motorhome trip along the Romantic Road is pure relaxation, whether in spring through bright rapeseed fields or at other times of the year. Photo: Romantic Road Touristik-Arbeitsgemeinschaft GbR

Tip #3: Culture and idyllic natural surroundings along the Romantic Road

The Romantic Road mainly runs through Bavaria and is very popular with motorhome holidaymakers. In fact, the Road was supposed to celebrate its 70th anniversary in 2020, but the big anniversary events that had originally been planned have been postponed to 2025 due to the coronavirus pandemic – and then its 75th anniversary will most certainly be celebrated in a huge way. But that shouldn't stop anyone from going on  a motorhome tour now as the beautiful landscape and the cultural highlights that make this route so special are more than worth it – even without all the anniversary events. Motorhome holidaymakers can start their adventure in Würzburg in northern Bavaria and end it an experience richer in Füssen at the foot of the Alps, travelling about 400 km in total. The landscape alternates between lovely river valleys, fertile farmland, forests and meadows. The last stages through the picturesque Alpine foothills to the fairy-tale castles of King Ludwig II of Bavaria add a glamorous finishing touch. You can drive in a relaxed and laid-back manner by simply following the brown signs that link the selected spots along the Romantic Road – and avoid stressful motorway journeys.

The heart of this route (it will be 70 years old this year) and most... 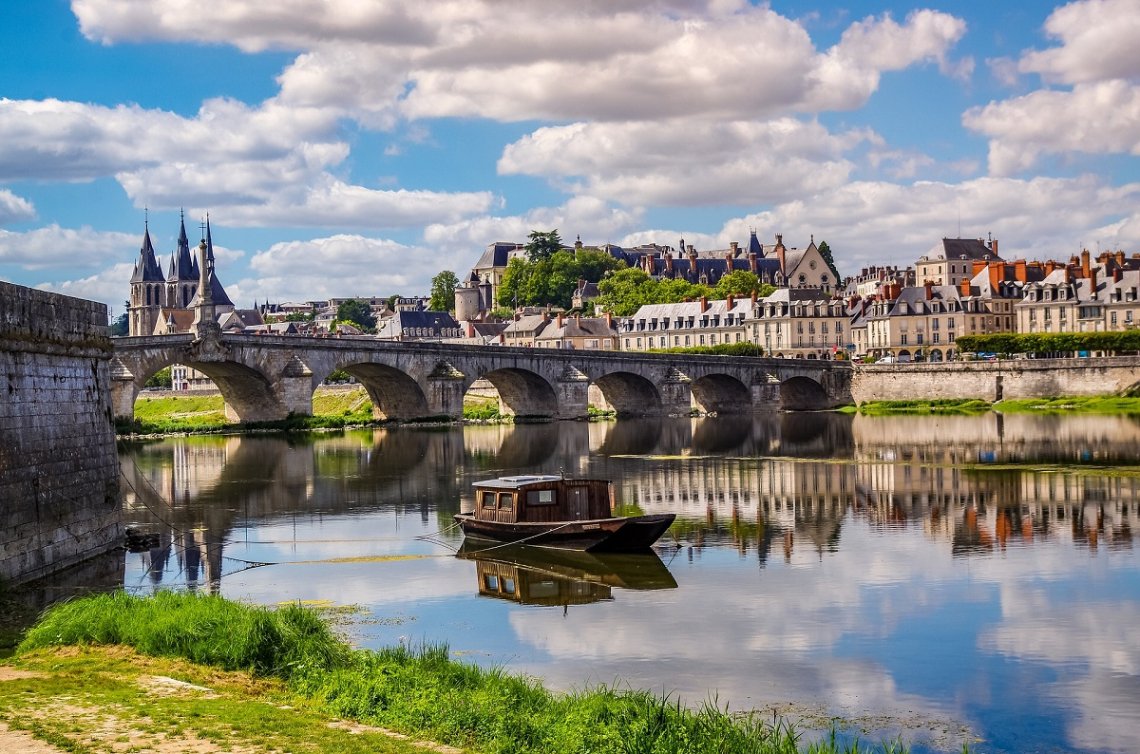 France is a paradise for motorhome travellers due to the many campsites and motorhome parking spaces. A spectacularly beautiful route runs through the Val de Loire, the Loire Valley. It's not for nothing that this river valley has been the largest UNESCO World Heritage Site in France since 2000 as there are more castles and stately homes here than anywhere else in Europe. If you want to follow the course of the Loire from east to west, then the best place to start is Orléans. On the way to Nantes, campers pass countless "châteaux", including Chenonceau, Saumur and Azay-le-Rideau. Probably the most famous castle of them all is Chambord, which King Francis I had built as his hunting lodge. Motorhome holidaymakers are bound to find good spots for taking longer breaks at one of the many parking spaces along the way. As the route is quite short, it can be easily split into several small stages, leaving plenty of time to simply relax and enjoy the surroundings.

There is a lot to discover along the Loire. Here is a proposal for a...